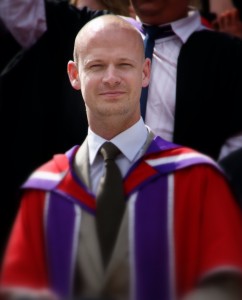 Dr Nathan Hall is a Principal Lecturer in Criminology and Policing at the Institute of Criminal Justice Studies at the University of Portsmouth, and has researched and published widely in the field of hate crime. He is a member of the Cross-Government Hate Crime Independent Advisory Group and the Association of Chief Police Officers (ACPO) Hate Crime Working Group. Nathan has also acted as an independent member of the UK government hate crime delegation to the Organization for Security and Cooperation in Europe (OSCE), and is a member of the Crown Prosecution Service (Wessex) Independent Strategic Scrutiny and Involvement Panel.

Nathan’s principal research interest lies in the field of hate crime and in particular criminal justice responses to hate crime in the United Kingdom, the United States and elsewhere. His doctoral research involved a comparative analysis of the policing of hate crime in London and New York City and specifically examined issues including organisational and individual police culture, investigative processes and practices, service provision, the ‘lived experience’ of both police officers and victims in the policing of hate crimes, and the social construction of the hate crime ‘problem’. Nathan has published widely in this field, predominantly in the area of policing, but also in relation to other areas of the criminal justice system, and the motivations for hate offending and how these might be addressed. Nathan is the author of the book Hate Crime (2nd Edn.) http://www.routledge.com/books/details/9780415540278/