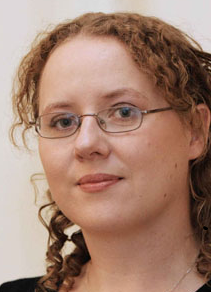 Jennifer Schweppe has been a lecturer in law at the University of Limerick in Ireland since 2004. Her research interests lie in the areas of hate crimes, abortion law, miscarriages of justice and legal education, and she has published widely in these areas. She is currently undertaking a PhD at Trinity College Dublin under the supervision of Professor Ivana Bacik entitled, “Contextualising Hate Crimes: Punishing Emotions and Uncovering Motivation in the Criminal Law”. She is founder and co-director of CUES (Contemporary Understandings of Emotions in Society). Jennifer was the President of the Irish Association of Law Teachers for 2009-2010. She won the Small Group Teaching Award at the University of Limerick in 2010. She then went on to be awarded a National Award for Excellence in Teaching by NAIRTL in 2011 and was a finalist for the European Award for Excellence in Teaching in the Humanities and Social Sciences in 2012. Among others, she is the co-author of “Combating Racism and Xenophobia through the Criminal Law” (National Action Plan Against Racism 2008).