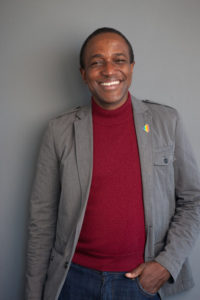 Maurice Tomlinson is a Jamaican attorney-at-law and senior policy analyst with the Canadian HIV/AIDS Legal Network.

At the Legal Network, Maurice acts as counsel and/or claimant in cases challenging anti-gay laws before the most senior tribunals in the Caribbean, authors reports to regional and UN agencies on the human rights situation for LGBTI people in this region, conducts judicial and police LGBTI- and HIV-sensitization trainings, and facilitates human rights documentation and advocacy capacity-building exercises.

In 2012, Maurice received the inaugural David Kato Vision and Voice Award, which recognizes individuals who defend human rights and the dignity of LGBTI people around the world.