Guest post by Tanner Mirrlees, the Director of the Communication and Digital Media Studies program at the University of Ontario Institute of Technology (UOIT). His research examines the political economy of US media and communications dominance around the world, the relationship between the US security state and cultural industries at war, and the economics and geopolitics of global entertainment media. Mirrlees is the author of Global Entertainment Media: Between Cultural Imperialism and Cultural Globalization (Routledge, 2013), Hearts and Mines: The US Empire’s Culture Industry (University of British Columbia Press, 2016), the co-editor of The Television Reader (Oxford University Press, 2013). Currently, Mirrlees is collaborating with Dr. Barbara Perry and Ryan Scrivens on a project about the convergence of white power activism, white power music, and YouTube. 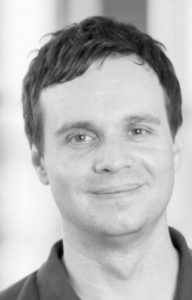 The Global War on Terror and American Islamophobia

Islamophobia has been a problem in the US for a long time, but it grew significantly in response to the terrorist attacks of September 11, 2001, and the US state’s subsequent launch of a Global War on Terror across “the Muslim World.”

The Global War on Terror has fostered a social milieu in which Islamophobia thrives. Negative stereotypes of Muslims as enemy threats that the US state and its European allies need to closely monitor and neutralize abound, and negative public attitudes toward Muslims are increasing in the US and elsewhere.

American Islamophobia is characterized by hateful ideas about and practices toward Muslims by non-Muslim Americans.

As a system of ideas, American Islamophobia represents Muslim people as an unchanging unity that is radically different from and incompatible with other religious groups in America; Muslims as culturally and intellectually inferior, backwards and barbaric as compared to non-Muslim Americans; and Muslims as a violent and growing threat to America that must be contained, combatted or eliminated in the name of security.

These ideas link with and feed into prejudicial practices such as the discrimination of and hate crimes against Muslims in the US and buttress the US state’s ongoing and expanding wars in Muslim countries abroad.

Shaped by the longer history and broader geopolitics of the US-led Global War on Terror, American Islamophobia is not caused by any one politician or party. Nonetheless, the positions taken by politicians and parties can and do play a significant role in strengthening or weakening the grip of this ideology on the public mind.

US president Donald J. Trump has energized American Islamophobia and Stephen K. Bannon, the former chief of Breitbart News and Chief Executive of Trump’s election campaign, had a big hand in this. Bannon, now Trump’s chief strategist, is arguably a white supremacist nationalist. He believes that America is on the frontlines of a global “clash of civilizations” between Christianity and Islam. Influenced by Bannon, Trump’s campaign communications–press releases, speeches, interviews and tweets—stoked mass fears of Muslims.

Trump routinely exploited instances in which a few Muslim Americans inspired by “Islamic extremist” groups committed terrorism against Americans to convey the idea that all Muslims are threats to American security.

By failing to make the important distinction between the handful of terrorists that committed violence in the name of Islam and millions of Muslims everywhere, Trump pushed the idea that Muslims are terrorists. Trump promised that if elected president, he would contain or eliminate this Muslim threat with surveillance, travel bans and war.

In the first week of his presidency, Trump delivered on his campaign promise to keep millions of Muslims out of America. On January 27, 2017, Trump signed an executive order called “Protecting the Nation From Terrorist Attacks by Foreign Nationals.” Bannon was the main proponent of this order, but he had the support of Trump aide Steven Miller, who shares the Islamophobic worldview of many of Trump’s cabinet members.

Trump’s order does not make much strategic sense: since 2001, every deadly jihadist attack inside the US has been carried out by a US citizen or a legal resident, not by a “foreign national” from any of the countries banned. No Muslims from the countries Trump closed the border to have attacked the US. By targeting and banning these countries, Trump makes every Muslim residing in these countries seem like a terrorist threat.

Trump’s order is perhaps less about national security and more about pandering to the Islamophobia of his most reactionary constituents. Keeping the most vulnerable Muslims out keeps the white Right seeing in Trump a führer.

The white supremacist Right pushed hard for Trump’s election and rejoiced when their man won the White House. After Trump issued the Muslim ban, David Duke, the former Klu Klux Klan grand wizard, tweeted approvingly: “’The Emperor’ reigns supreme – back off cucks! President Trump is giving us a chance to undo the decades of demoralization we have suffered under this subversive Marxist agenda. Greatest. Year. Ever. #MuslimBan”.

Andrew Anglin, founder of The Daily Stormer and neo-Nazi wunderkind, was impressed as well. In a blog post called “SOMALIANS TO BE BANNED FROM ENTERING AMERICA!!!!!!!111S!”, Anglin wrote: “I feel ecstatic joy. I feel admiration for our GLORIOUS LEADER [ . . . ] God bless you, Donald Trump. May you never die.” In another piece titled “Glorious Leader Wreaks Havoc on Filthy Moslem Would-Be Invaders,” “Azzmador” calls for Trump to mass murder Muslims in same way that Hitler exterminated six million Jews: “By the end of the month, we should have the rails laid, the camps built, and the gas flowing like Febreze.”

The alt-right poster boy Richard Spencer, whose National Policy Institute plots to force all Muslims out of the US, tweeted in support of Trump’s order, not because he believed the “security” argument, but because he saw this as a step toward making America white and Christian: “We need an effort across North America and Europe to help Muslims reconnect w/ their roots and families. Yes, Muhammad, you can go home again.”

Countering American Islamophobia (and the Global War on Terror)

The backlash against Trump’s “Muslim Ban” has been intense, with protests breaking out across the US, the UK, Canada and elsewhere. Across the US, citizens mobilized at airports and waved placards in defiance of Trump that read: “First they came for the Muslims and We Said: Not Today Motherfucker!” Across the United Kingdom, thousands of citizens rallied against Prime Minister Theresa May’s decision to invite Trump to the country and argued that Trump should be banned from the UK until he drops the Muslim ban in America. Canadians united outside of US consulates and chanted: “Freedom for refugees, justice for immigrants!”

The surge of protests against and legal challenges to Trump’s executive order highlight how Trump’s power to use the presidency to “make America great again” by making it more Islamophobic than ever before is contested.

The Muslim ban was recently halted after a Seattle judge ruled that the order “unlawfully discriminated against Muslims and caused unreasonable harm.” But Trump lashed out against the courts on Twitter in response and proceeded to spin the same bogus argument for the ban, again framing every Muslim from every one of the blocked countries as threats: “Radical Islamic terrorists are determined to strike our homeland as they did on 9/11,” he said. We cannot let “people who want to destroy us and destroy our country” into the US.

The people that Trump prohibits from entering America hail from the very countries the US-led Global War on Terror has made insecure over the past fifteen years. The US state has been at war—directly or via drones and proxy armies—in all seven of the Muslim countries banned by Trump. All, save Iran, are now “fragile states.”

When at war, states teach their citizens to fear and hate their enemies. By frequently conflating Islam with terrorism and Muslim with terrorist, the US security state and the cultural industries surrounding it have taught many Americans to see Muslims not as human beings, but as enemy threats to the American Way of Life.

In the years ahead, Trump will likely continue the Global War on Terror policies and practices of the previous two US presidencies and adversely impact the lives of millions of Muslims living inside and outside of the US.

The Global War Terror and American Islamophobia march in lockstep, and the Trump team is beating a “war on Islam” drum loudly, spewing anti-Muslim rhetoric, engaging in anti-Muslim practices, and satisfying anti-Muslim bigots.

In this context, anyone committed to countering American Islamophobia and all of the hate and violence unleashed upon Muslim Americans should stand up to the Trump administration and its many white supremacist acolytes.

At the same time, those wishing to counter American Islamophobia should learn from and work with international pacifists to bring the wars in Muslim countries, and all of the hatred and violence they entail, to an end.

One comment on “American Islamophobia in the Age of Trump: The Global War on Terror, Continued?”