“Biphobia … what biphobia?” – Bisexual erasure in the LGBTQI community

“Biphobia … what biphobia?” – Bisexual erasure in the LGBTQI community 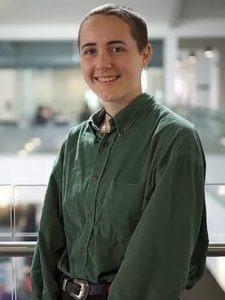 By Ruth Walshe, University of Sussex

Categorised by their deviance from the supposed norm of heterosexuality and cisgender identity, LGBTQI people have long now found themselves hoarded together, fighting for their rights side by side. However, there are an abundance of individual identities within LGBTQI communities; each letter standing for a different (though often intersecting) characteristic. As with all communities, some individuals within the LGBTQI go much more noticed than others. This is no more the case than those who identify as bisexual. It is often difficult to put an exact number on the total population of bisexual people, as surveys and statistical reports repeatedly aggregate their findings together in a singular ‘LGB’ identity. Even surveying sexual orientation to propose a hard figure is difficult. Various reasons (such as fear of coming out, social backlash, and repression, as well as disparity in how people label themselves) mean there are discrepancies between the official statistics, and the estimations of various surveys and LGBTQI organisations. However, there is one figure that stands out: it seems that bisexuals make up the largest number in the LGBTQI community.

So why is it that such a large group in the LGBTQI community receives the least representation and support? The Human Rights Commission’s 2011 report showed that in the USA, whilst funding for LGBTQI organisations has been steadily increasing, funding reserved for bisexual issues and support has been decreasing. This is especially concerning when we consider that experiences of biphobia occur not just in broader society, but within the LGBTQI community itself. Bisexual individuals experience an alarming rate of biphobia from lesbians and gays, whilst monosexism (the belief that monosexuality – an attraction to only one gender – is superior to and more legitimate than a bisexual or other non-monosexual orientation) often causes them to feel unwelcome at LGBTQI events. This has a significant impact on the lives of bisexual people. In one study involving 35 young bisexual women, participants reported that they “perceive monosexism and biphobia as significant challenges to their mental health at the institutional, community, interpersonal and intrapersonal level.” This impact on mental health is compounded by the fact that bisexual individuals feel unable to seek support from a heteronormative society, but are also often shunned from within the LGBTQI community itself. The result is that there are higher rates of mental illness amongst bisexual people compared to gay and lesbian people, with this having a particular impact on bisexual youth. Compared to their straight, lesbian and gay counterparts, bisexual people are also less likely to finish high school or attend and graduate university, they are more likely to commit suicide, more likely to live in poverty, more likely to smoke and have substance abuse issues, and less likely to be out to their doctors. Moreover, bisexual women are more likely to experience rape, physical violence, or stalking by an intimate partner than straight or lesbian women. The possible reasons for this are varied and nuanced, but the inability from their partners and community to fully accept their identity and sexual history is undoubtedly a factor in the abuse of bisexual people.

This erasure of bisexual issues is also evident in the media coverage of problems facing the LGBTQI community. Media outlets frequently cover stories involving the tragic suicides of LGT teenagers, yet we see little about those of bisexual teenagers.[1] This is exacerbated in TV and film, where the already low numbers of LGBTQI characters are populated by gay men and lesbians. The few bisexual characters that are portrayed on the screen are infected with the plague of “no labels”. Take the US Netflix series Orange is the New Black – a trailblazing show, with diverse representation and stories about people from all walks of life – despite the main character having serious relationships with both men and women, the word “bisexual” is used just once throughout the show to describe her sexual orientation. Instead, her girlfriend refers to her as a “straight girl”, and her (male) ex-fiancée refers to her as a “lesbian”.  If writers and other commentators consistently refer to bisexual people as “straight” or “gay”, they will be encouraging bisexual erasure to prevail.

But is this really surprising, considering that bisexuality is consistently left out or underrepresented by those groups lobbying for better LGBTQI rights? Even Stonewall, the leading charity in the UK for LGBTQI people, uses very gay-centric language in its reports.[2] If the foremost LGBTQI civil society groups are failing to properly consider bisexuality, how can we expect either the LGBTQI community, or society in general, to accept it as a valid identity?

We are left with a large number of people who are viewed as too heterosexual to be accepted as valid members of LGBTQI community, but too homosexual to be accepted as being part of “normal” heterosexual society. This means that whilst some gay and lesbian people are discussing “straight passing privileges”, whilst they’re applauding being “gold star/platinum”[3], and whilst they are considering possible bisexual partners as “tainted” and unable to stay faithful, bisexual people are suffering.

[1] “While plenty has been written about Leelah Alcorn, Blake Brockington, Kyler Prescott, and other transgender teens who have committed suicide, only a few media outlets reported the suicides of Adam Kizer, Anthony Stubb, Alyssa Morgan, and other bisexual teens. The silence surrounding these deaths led to many bisexual activists using the hashtag #BiphobiaKills to raise awareness.” – The Establishment, ‘Bisexual invisibility: the LGBT community’s dirty little secret’, Huffington Post (2 August 2016) <https://www.huffingtonpost.com/the-establishment/bisexual-invisibility-the_b_9177988.html>

[2] In its recommendations for police when dealing with the LGB people, it consistently emphasises homophobia, and uses the word “gay” as an umbrella term for all sexual minorities. – Stonewall, ‘Protecting lesbian, gay and bisexual people: a practical guide for police forces’. <https://www.stonewall.org.uk/sites/default/files/police_guide_web_final.pdf>