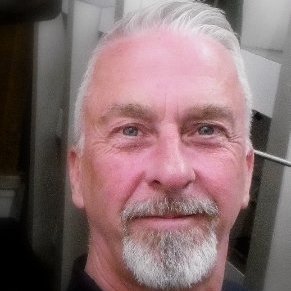 Recently (February 2016) I was invited to give a presentation for the Lesbian Gay Bisexual and Transgender History Month celebrations at Leeds Beckett University. I decided to focus on Gypsy Traveller Roma communities, and, the LGBT communities including the little known issue of LGBT GTR people (relative to policing, wider policing by vigilantes and the media, and, criminal justice per se).  As my PhD concerned Irish Travellers and their perceptions of and experiences with criminal justice systems across the island of Ireland I have expert knowledge on GTR groups (in my PhD I also compared/contrasted the situation facing Gypsy Traveller communities with criminal justice across the British Isles). In addition, as a gay man I have insider experience regarding the issue of sexual orientation, and discrimination on those grounds.

During my time at the University of Ulster the literature review identified hate crimes against Travellers across the British Isles. One of the most notable was that of 15 year old Johnny Delaney, an Irish Traveller who was kicked to death on a playing field in Liverpool in 2003. During the trial the court heard that one of the defendants had stamped on Johnny’s head with both feet and had told two witnesses that “he got what he deserved he was only a fucking gyppo”. Johnny’s killers were found guilty of manslaughter and sentenced to four and a half years imprisonment. Whilst the police regarded this as a hate crime the judge disagreed. As far as Johnny’s family (and many others) were concerned though, he was murdered simply for being a Gypsy, killed in the name of otherness.

Killing in the name of otherness (Prum, M., Deschamps, B., & Barbier, M.C. [Eds] (2007) Killing in the Name of Otherness: Racial Homophobic and Ethnic Violence, PP: 107 – 122, Glass House) is the topic of my forthcoming article ‘Deserving of Penalty and Public Outrage?: Gypsy Travellers in the Punitive City’. This article focusses on the killings of two Travellers by two farmers. The first was committed by Tony Martin in England in 1999 whilst the second was carried out by Pádraig Nally in Ireland in 2004. Overall the article is concerned with theorising what I believe can be conceptualised as a deliberate decivilising offensive (influenced by Norbert Elias’s Civilising Process, and, especially, a range of burgeoning articles by Elisian scholars such as Ryan Powell (eg. Europe’s perennial “outsiders”: Roma stigmatization and ghettoization) and, Rohlof (2012): Shifting the Focus? Moral Panics as Civilising and Decivilising Processes).

Giving the presentation for LGBT History Month at Leeds Beckett encouraged me to think about devising a paper for submission to the Annual Meeting of the Gypsy Lore Society in September 2016. In this work in progress I am keen to explore and deconstruct the common ground between Gypsies and Gay people (beginning with legislation passed during the 16th Centuries in England such as death penalties for being a Gypsy or being perceived to be a Gypsy, and, laws resulting in death sentences for males involved in acts of buggery). The relevance of The Holocaust for lessons still not learned today (referred to as the porajmos by Roma people) particularly the annihilation of thousands of Roma Gypsies, and, slaughter of tens of thousands of gay men (arrested under Paragraph 175 by the Nazis) is another issue that begs investigation which may enlighten debate further as to the decivilising offensive. Even more recently common ground has been shared between GTR and LGBT groups evidenced in legislation such as the Criminal Justice and Public Order Act 1994 in England and Wales. Whilst decriminalising sex between males (lowered from 21 to 18 at that time which was still not equal to that of heterosexuals) for the first time the CJPOA 1994 actually criminalised a nomadic lifestyle   thereby signifying the beginning of a rift in the common experiences shared by these two groups.

Despite this apparrent departure in common shared experiences based on oppressive laws it may be argued that the two groups continue to be tainted with stigma which can result in discrimination ranging from the covert to outright hate crimes against them. Thus a degree of common ground is still evident between these groups underlined by occasional moral panics which in themeslves may be envisaged as attempts to decivilise members. The current cake row case in Northern Ireland exemplifies the continued stigmatisation of gay men in contemporary society whilst the recent proposal that nomadic Travellers must prove that they are nomadic (without adequate transit sites provided to permit this lifestyle, and with unauthorised encampment being illegal the Travellers face a Catch 22 situation in order to do so) also underscores what I believe to be examples of deliberate continued decivilising offensives aimed at these two groups (Allen, 2015). In particular, in the case of the cake row, despite considerable parity achieved between gays and straights via recent legislative changes I believe this underscores an attempt to ensure that gay men remain subjugated to a degree by some of their heterosexual bretheren. This is despite the varied sexual procilvities enjoyed by untold numbers of heterosexuals without apparent condemnation (in both a legal and moral sense) via media amplification (not forgetting of course the countless individuals who remain in the closet whilst benefitting from heterosexual privilege). A decivilising process aimed notably at gay men is also in evidence in the USA where the Westboro Baptist Church often picket the funerals of gay men that have died from AIDS. Conversely in England posters appeared online in early 2016 (available for the public to buy: ‘Keep Calm and Kill the Gypsies’) which is evidence enough (I believe) of an ongoing decivilising offensive aimed at the GTR community)

So, given the issues underscored above, in preparation for my conference paper (which I am hopefull will be accepted!) my aim is to outline the common ground shared between these two groups, attempt to theorise why these groups have been subjected to criminalisation (and explore, where apposite, reasons for the decriminalisation of certain practices eg sex between men in some states). In addition I aim to postulate why only one group (the LGBT community) appears to enjoy relative acceptance/incorporation within mainstream western societies today (aside that is from occasional (?) exceptions such as overt/covert homohobia, and, extreme hate crimes executed againts LGBTs). I will also investigate why, despite the existence of equality legislation and governmental ideologies promoting the celebration of diversity in western states, GTR communities continue to suffer such evident and blatant discrimination underscored by a lack of apparrent top-down concern for their welfare (referred to by Van Barr as reasonable anti-Gypsism). Moreover, I will consider where this situation leaves members of the GTR communities who also identify as LGBT (especially regarding criminal justice and topics such as reporting/recording of hate crimes against them) as this is an issue which (alongside those concerning the LGBT communities in general with criminal justice/within criminology) has largely been overlooked to date.

Anthony’s PhD: ‘Irish Travellers and the Criminal Justice Systems across the Island of Ireland’ was undertaken at the University of Ulster and funded by the Department of Education and Learning for Northern Ireland. During this time Anthony supported young ex-offenders for NIACRO (Northern Ireland), and, post PhD and prior to teaching criminology he managed a support service for vulnerable adults in London, Northampton and Luton (as well as engaging with some dangerous​ offenders and Prolific Profile Offenders during that time).

3 comments on “Decivilising Gays and Gypsies?”