On 20th March 2015 by Loretta Tricket in disability hate crime

Why don’t we recognise Disability Hate Crime for what it is? 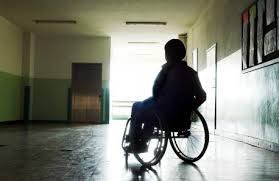 I’ve been working on a PhD on disability hate crime since 2009 and although it has become a developing area, our understanding of it remains in its infancy and the numbers of academic researchers pursuing this topic, whilst increasing, remain small.  During this period I’ve conducted focus groups, interviews and an online survey with victims of disability hate crimes and (along with other academics) I’ve noted some unique – or at least nuanced – features that occur within disability-specific hate crimes, when comparing it with other strands. I think that these features, which are particular to disability hate, have made it more difficult to recognise, respond to, and report disability hate crimes, meaning the figures may remain low for years to come and potentially making a true picture of disablist crime an impossibility.

The misleading image of the stranger

The image of the hate crime perpetrator as stranger is a dominant one, despite research telling us that few crimes are committed by absolute strangers (e.g. Roberts et al, 2013; Mason, 2005). While this is true for all types of hate crimes, the literature – and my own research – appears to suggest that disability-related crimes are more likely than other strands to involve someone known to the victim (e.g. Action for Blind People, 2008; DRC 2004; Scope, 2011). Indeed, my findings have identified perpetrators as both ‘stranger’ (a complete unknown) and ‘familiar’ (such as a neighbour).  However, if a relationship exists between offender and victim, it is less likely to be recognised as a hate crime, which has implications for potential prosecution of disability cases. And unfortunately, in many cases of disability hate crime the relationship goes further than just someone ‘known’ to the victim, such as a neighbour, and may be one of friends, family members or carers (Roulstone & Mason-Bish, 2013; Chakraborti & Garland, 2009). As a consequence, victims are less likely to report offences from someone they know, as issues of dependency and unequal power relations can come into play (Sin and colleagues, 2009b).

Disability hate crime has identified new forms of incident and offences where perpetrators groom their disabled victims by developing a ‘friendship’ or dependent relationship with them. Usually referred to as ‘mate crime’, this occurs most frequently for those with learning disabilities. It’s thought to happen because some disabled people are isolated from those who care about them, leading to a desire for relationships, friends and company (Thomas, 2013). The so-called ‘friendship’ that is developed can lead to confusion, however, in that it can appear the abuse is consensual, and victims can be reluctant to report their experiences, as they may have few other friends. They even report ‘positive’ pay offs in some cases, such as a social life and companionship.  Landman (2014) cites ‘known, trusted’ perpetrators in many cases of mate crime involving people with learning disabilities, meaning the abuse is highly unlikely to be reported, or recognised, as hate crime.

Linked to the previous point, it’s noteworthy that, whereas, say, religious hate attacks can often represent an attack on a community (for example targeting a mosque; e.g. Dodd, 2013), and one which has a limited capacity to respond, disabled people are often isolated, not part of a community, and have little opportunity to respond (Thomas, 2013). In addition to this, they can be targeted by opportunistic acts of hostility, which may not be criminal but have psychological and emotional consequences. Certain offences can also occur in private, such as residential homes (Mason-Bish, 2013), making it more difficult to recognise and report incidents. These elements combine to make recognising and reporting of disability hate crimes ever more challenging.

A distressing finding from research into disability hate crime suggests that torture, degradation and exploitation are common to many cases.  Although disablist offences can and do involve theft or vandalism, a significant proportion is ‘particularly sadistic’ and some result in the death of the victim (Sherry, 2013). Sexual degradation, rape and dehumanisation is often present and disabled people are more likely to experience sustained attacks involving excessive violence, cruelty, humiliation and degrading treatment, often related to their disability (e.g. see CPS, 2010b; Action for Blind People, 2008; Khalifeh and colleagues, 2013; Pettitt and colleagues, 2013). The level of dehumanisation and humiliation experienced by disability hate crimes victims appears to be over and above that reported by other strands.

Added to all of the points above is the very practical barrier of accessing the police service. Because of the nature of certain disabilities, victims may have difficulty getting to, into and out of police buildings, or even simply being understood; again, not usually something that occurs with other strands.  Apart from the practicalities of accessing buildings, many victims also report having poor previous experience with the police, often because of negative stereotypes; in particular, those with mental health conditions or learning disabilities (Sin, 2015).  Overall, I and other researchers have found victims disappointed with previous police responses, which is often linked to lack of disability awareness generally. Many had low expectations of any form of response (Action for Blind People, 2008; Vincent et al, 2009; ECDP, 2010; Sin, 2013).

Lastly, a word about vulnerability.  This is a contentious term within disablist hate debates as there is a distinct difference between disability and the other strands when it comes to describing or perceiving victims as ‘vulnerable’. Mason-Bish (2013) rightly points out that “one of the key barriers to correctly identifying disability hate crime lies in the perceived difference between hatred and vulnerability” (p15). However, the debate about vulnerability versus hatred is a crucial one as current law sees hate crime as distinct to crimes targeted at those perceived to be ‘vulnerable’. Thus if a crime is perceived as involving a ‘vulnerable’ victim, the potential for establishing a hate motivation is severely reduced. As many of those who experience hate crime are obviously and visibly disabled or are known to their attackers as having an impairment, a challenge has been the existing inherent legal contradiction between constructions of hate (or hostility) and vulnerability (Roulstone & Sadique, 2013). And a construction of disabled people as vulnerable has weakened rather than strengthened the movement towards hate crime provisions. Whilst some scholars would argue that ‘vulnerability’ and ‘difference’ are central to hate crime (e.g. Chakraborti & Garland, 2012), the term vulnerability has connotations of weakness.  Furthermore, situations where victims are presented as ‘vulnerable’ may not be taken as seriously or may be interpreted as safe-guarding or adult protection issues (instead of criminal), leaving victims open to further abuse and denying them the right to be taken seriously (Roulstone & Sadique, 2013). The risk of repeat offences is arguably greater in a social care rather than criminal justice response.

So the obstacles to increasing reporting of disablist crimes remain. We need to challenge existing stereotypes around vulnerability and certain forms of disability and impairments. We need to improve access to reporting stations. We must encourage more victims to report offences committed by those close to them, a particular problem because of the relationships, degradation and exploitation that occur. Until this is achieved, I fear we will continue to see limited success in disability hate crime cases.

Crown Prosecution Service (CPS) (2010) Guidance on the distinction between vulnerability and hostility in the context of crimes committed against disabled people. 17March 2010.  From: http://www.cps.gov.uk/legal/d_to_g/disability_hate_crime_/#content Accessed on 03/01/12.

6 comments on “Why don’t we recognise Disability Hate Crime?”