LEST WE FORGET THE HUMAN COST OF HATE CRIME

I recently read an article by Finnola Farrant who concluded that she had allowed her research to become ‘contaminated’ and by extension it had contaminated her. Those words typified my experience as Lead Researcher for the Leicester Hate Crime Project. Over the past two years I have presented at a range of local, national and international events and conferences, for both practitioner and academic audiences. I have often been asked about how I have dealt with hearing from nearly 1,500 victims of hate crime. As academics we are not particularly adept at speaking about the emotional journey involved in conducting research, but over the last two years I kept an auto-ethnographic field diary to do exactly that.

In the beginning I do not think I appreciated how personally this research would affect me. Being born and brought up within the city you are conducting such sensitive research, generates a greater level of emotional resonance. In all honesty there have been times that I have felt disappointed in the city of Leicester, shocked by the scale of victimisation still taking place here and overwhelmed that my lived experience on these streets could be so different to those I’ve interviewed.

Over the last two years I have listened to hundreds of truly harrowing experiences, including people being mimicked, mocked and called abusive names day in day out; faeces and fireworks being pushed through letterboxes; car windows being smashed repeatedly; sexual assaults and rapes; and physical attacks involving golf clubs, baseball bats and knives. There are times when I have been close to tears in interviews; times that I left an interview feeling a sense of guilt at asking people to re-live their hideous experiences; and times where I have not been able to sleep because I was unable to stop thinking about the stories I had heard.

Reflecting upon these experiences and in particular, how they made me feel is not intended to evoke sympathy or concern for what I have been through. Instead, I want it to highlight that all I have done over the last two years is listen to these experiences and it has had a profound emotional and physical impact upon me. Imagine living it. For me, the emotional journey of conducting research of this nature is paramount to generating a more comprehensive understanding of the lived reality of victimisation. As academics, researchers and practitioners we can be detached from those whose lives are directly affected by hate crime. Keeping a field diary in which you can document your experiences and feelings helps to humanise the work that we do and facilitate a victim centred approach.

My experience made me determined to do as much as possible to illustrate the human cost of hate crime. One of the ways we did this was through producing a short film, ‘The Harms of Hate’ which showcased  the stories of victims from different backgrounds who had all being victimised for a variety of reasons. The film has recently been nominated for a Royal Television Award. This nomination does not reflect the way in which we produced the film; it reflects the power of the stories told by those who live it. As academics, researchers and practitioners we have a responsibility not just to listen to their voices but to learn lessons and do better. 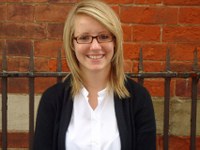 Dr Stevie-Jade Hardy is the Lead Researcher of The Leicester Hate Crime Project. For copies of the findings reports, and to pledge support to the Victims’ Manifesto, please visit: http://www2.le.ac.uk/departments/criminology/research/current-projects/hate-crime/our-reports-1