On 22nd January 2015 by Mark Walters in Extremism, hate crime 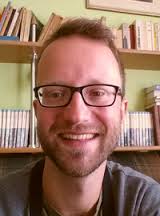 Studying hate crime in central and eastern Europe is difficult, not least because understanding the phenomenon in this context does not ‘fit’ western theoretical models. For this reason, there is a need to build an eastern model of understanding hate crime. In the next few paragraphs, I propose how this model can be ‘theorised’. I use inverted commas because the following is nowhere near a developed theory: rather, it is a list of arguments that need to be tested in empirical research, which I aim to do. For this reason, the models (or types) presented below are open for critique, and readers are invited to contribute to the discussion in the comments below.

I am going to show the differences in understanding of hate crimes in the east and in the west by comparing two dimensions: the catalogue of protected characteristics and the character of the crime. To make it clearer I will use two countries as examples – the United Kingdom (England and Wales) and Poland.

So the first dimension is the catalogue of protected characteristics. The law in England and Wales protects all five main strands of hate crimes: race, religion, sexual orientation, transgender and disability. Furthermore, Manchester police records crimes based on ‘other’ characteristics, such as alternative mode of dress. But the law has not always been like that. The catalogue is ever-expanding: Initially, hate crime laws, attributed to the civil rights movement, were invented to protect black and ethnic minority people from racism and xenophobia. Other characteristics (sexual orientation, transgender and disability) were added more recently in response to the women, LGBT and disabled rights movement. Their inclusion shows however that hate crimes are starting to be seen through the lens of vulnerability and difference rather than history of discrimination and group identity (for a recent discussion, see here). The catalogue of protected characteristics thus reflects the reality of a multi-cultural country with a history of immigration and large numbers of cultural minorities; history of rights movements, political pluralism, diversity and freedom of speech. It is an inclusive model.

The situation is different in central and eastern Europe. In Poland, the law recognises race, ethnicity, religion and political affiliation as protected characteristics. According to the Government, combatting racist and xenophobic crimes, particularly antisemitism, is a priority. All attempts to expand the protection to LGBT are met with indifference in the best case, fierce opposition in the worst. The anti-gay sentiment in Poland, which has been attributed to the homogeneity of the society, strength of the Catholic Church, nationalist narratives that see homosexuality as a threat to national reproduction, and association of homosexuality with ‘degenerate’ European influences (see, for example,here, here, and here), can partially explain the unwillingness of the government to protect LGBT. But it does not explain why Poles, who according to surveys, are suspicious of a range of ‘Others’, are so eager to protect Jews. This is why I would argue that there is another side of the story: For Poles, only racial minorities, even though frowned upon, are seen as the ‘deserving’ victims. In this sense, the catalogue of protected characteristics in Poland is an exclusive one, and adding new grounds is very hard.

It is easy to see that this is connected with the history of Holocaust, and the ‘Never Again’ movement. In fact, the regulations have not changed much since they were introduced in the penal code of 1969 – when the memory of genocide and after-war pogroms was still fresh. Furthermore, if we look closely on the hate crime paragraphs in the penal code, we will see that they are intertwined with laws protecting national and ethnic minorities and laws penalising fascism, extremism and genocide. I will come back to that.

Character of the crime

The second dimension that I want to talk about is the character of the crime. Initially, western hate crime policies, following the common-sense perception of targeted violence, saw hate crimes as brutal acts perpetrated by extremist groups. This has been challenged by scholars. Research shows that the most common kind of hate offence is in fact the ‘every-day victimisation’, and that most offenders are average citizens, ‘people like us’, who are not affiliated with extremist groups. So hate crimes are seen as happening on a ‘low’, interpersonal level. A small per cent of offenders are of course members of hate groups, but the ‘extremist component’ is not necessary to recognise a hate crime. Furthermore, in the UK system, we will see that the rights of the victim are central in the response of the government to hate crimes. The punishment for the offender comes second. According to the Government’s hate crime action plan, the aim of the system is to ensure that the victim of crime receives the necessary support – it’s a human rights approach. Furthermore, the focus of the policy is on the well-being of the victim (the human rights approach), rather than on the offender (the intelligence approach). We can call it the individual dimension of hate crime.

The situation is totally different in Poland. There, as I mentioned, the understanding of hate crime is grounded in the ‘Never Again’ movement. In the penal code, hate crime regulations are intertwined with the ban of hate speech, incitement to hatred, genocide and extermination of whole groups of people based on their race or religion. In police practice, only serious offences, where the damage is evident, are recognised as hate crimes and prosecuted ex-officio, without the victim having to take the legal action in his or her own hands. When the extremist component (such as hate speech, or affiliation with neo-Nazi groups) is not established, incidents can slip through the cracks and may not be prosecuted. Furthermore, there is almost no institutional support for victims, as the majority of the efforts seem to focus on preventing the bigotry from rising, rather than ensuring the well-being of individual victims. This is because the focus of the policy is not to punish the crime on an individual level – rather, the aim is to eradicate extremism, and prevent history from repeating itself. This is the extremist dimension of hate crime.

From the above discussion two models of understanding hate crimes emerge. The one developed in the west is a model which is inclusive (the catalogue is open), and it concentrates on the individual level – both from the perspective of the victim and the offender. I call it the II model – inclusive and individual. The second one, developed in the east, is a model where the catalogue is closed: It is exclusive, and it concentrates on the extremist dimension of the crime, rather than on the interpersonal level. I call it the EE model.

Scholars of nationalism will notice that the models correspond with the eastern (ethnic) and western (civic) understanding of nationalism (see, for example, the chapter by Schöpflin here). This similarity is intended: In the same way as different nationalist discourses exclude different threatening Others from the ‘imagined community’, different nations respond to hate crimes differently.

As I mentioned in the beginning, the above claims are not yet established theories, and need to be substantiated through empirical research. Therefore, they are certainly open for critique. One of the possible criticisms is that the eastern model may be just an early stage of the western understanding. While this is possible, I would argue that, in the same way as most nations have both civic and ethnic elements, the two types are not mutually exclusive and influence each other. In order to develop effective national hate crime policies, we must acknowledge the influence of particular characteristics of each society, and avoid simplistic explanations or ‘copy-paste’ solutions. This view has also been expressed recently by members of the FRA Working Party on Hate Crime during the ILGA-Europe Seminar: Stepping Up the Fight Against Hate Crimes.

Piotr Godzisz is a PhD candidate at University College London. His thesis examines the government responses to hate crimes based on sexual orientation and gender identity.

This blog post is based on the paper presented during the panel debate “Understanding hate crimes in Central and Eastern Europe – Perspectives, Research and Policy’, which took place during the OSCE Human Rights Implementation Meeting in Warsaw on the 30th September 2014.