Edward Dunbar is a Clinical Professor in the Department of Psychology at UCLA. He also is a practicing psychologist based in metropolitan Los Angeles. He is the co-editor of the series “Hate Crimes as Domestic Terrorism” and the forthcoming “Indoctrination to Hate: Recruitment and Membership Techniques of Groups Pushing Jihadism, Racism, Gay-Bashing, and Other Violent Ideologies, both with Praeger Press. His publications have been in the areas of the clinical evaluation of racism, hate crimes, and attitudes concerning human rights laws. His current area of research is perceived hate vulnerability following the 2016 U.S. presidential election. http://h2hseries.wpengine.com/ 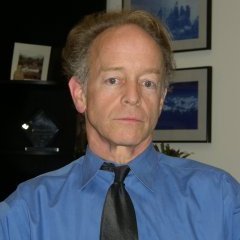 Here in the United States the results of the 2016 presidential election reveled once again the deep social and cultural divisions of the country. The shock waves of the election of Donald Trump, contradicting most all polling data, has been framed in terms of populist versus establishment and politics versus entertainment. For professionals working in the area of hate crimes and domestic terrorism, however, the defining characteristic has been the freely- employed use of ultranationalist or “Alt-right” rhetoric that has been employed to excoriate immigrants, persons of color, intellectuals, sexual minorities, and readers of the New York Times. Societally these ‘problems’ have been linked to arguments for building a wall along the border of Mexico, of racially profiling Latinos for deportation, and for the religious/cultural exclusion of Muslims.

This societal divide is well documented. In the week after the election results were in, the Southern Poverty Law Center collected 437 reports of hate-based intimidation and harassment between November 9 – the day after the presidential election – and the morning of Monday, November 14. We are witnessing a surge in racially-motivated assaults, property crimes, and incidents of hate speech as part of the shifting of the political axis. However, this process is also hitting many of us at a more personal level. As a clinical psychologist, my workplace is as much the consultation room as the crime lab. What I am witnessing is a social cleavage which is widening and that is falling under the radar of our macro-level media analysis of the fallout from the xenophobic-driven election.

What I am hearing about is the breakdown in social support for individuals, predicated upon the activation of intergroup animus that has filed the airwaves and internet for over a year now, as part of the Trump Alt-right campaign rhetoric. This personal divide following the societal divide of the election is particularly problematic in that it is exactly at this time that vulnerable persons need to find a sense of membership and identity. In a survey study I am conducting respondents say the results of the election reminds them of how they felt at the time of the 911 World Trade Center terror attacks, for others the consequences bring them back to experiences of the death of a family member, or feelings after being the victim of a sexual assault.

The run-up to the election saw the routine use of virulent identity politics as part of our social and personal discourse. It is worth going back to Allport’s classic 1954 text “On the Nature of Prejudice” in which he discussed anti-locution as the most benign and – and personal – level of prejudice. For Allport, this entailed the sharing of hostile speech of outgroups between members of racial and ethnic ingroups. The bias was acknowledged as a mutual presumption between members of the ingroup. Today, we see the use of personal speech hate speech in print, electronic, and online media. The once inherently private is made public. As social commentators have noted, one of the more problematic consequences of the use of hate speech as a form of political discourse is the permission-giving that is communicated by our new political leadership to embody – and potentially to act upon – this now state-sanctioned xenophobia. I think of this in terms of how this may change the question of public safety. For example, 10 years ago I served as an expert witness on a criminal trial involving a hate homicide, in which the defendant argued he killed an Asian man ‘because the government doesn’t mind.” At the time this was viewed as a marker of the psychiatric disturbance of the assailant. In our new Alt-right world such a line of argument can be warranted by the speeches given by our elected president. Our new normal is now incorporating the once abnormal.

We will see many challenges as to how hate violence is combated in a world of radically different social norms concerning the rights of women, immigrants, and visible ethnic minorities. Presently however we are also watching the impact of this xenophobic divide in our “little worlds.” Importantly our sense of social support is being compromised, and in some cases destroyed, as a consequence of the hate speech of the new (ab)normal. In the fields of health psychology social support is viewed as one of the important functions of personal relationships. Social support may include emotional, material, informational, and cultural reinforcement to the individual. As a construct social support is critical in dealing with depression, recovery from major illness, and adjusting to economic duress, for example. Social support also protects us against forms of interpersonal conflict – including experiences of hate victimization. So the issue of social support under periods of societal duress is particularly important.

So the inherent problem for many Americans is that at a time when we particularly need the connection with friends and family, issues of bias and politically-based xenophobia (or should we say xenophobically-based political attitudes) are driving us apart. What is happening below the radar is the un-friending of persons from one another, based upon their political beliefs, the heightened sense of vulnerability many persons feel by the loss of these relationships, and for many Americans who have moved away from the heartland of the country a sense that “You can’t go home again.” As we approach the holidays many Americans are re-thinking the prospects of spending time confronting these differences within their family and places of childhood. It has led some individuals to question what in this new age of abnormality constitutes family. Is it genetics, is it where you live, is it shared values, is it simply being with people who do not denigrate you for what you believe in? For many we come back to the tearful plea of the late Rodney King, a black man beaten by a dozen Los Angeles police officers “People, I just want to say, can we all get along? Can we get along?”

The problems of course, are not just speech. In the past two days two individuals have described (unreported) hate crimes in Los Angeles – a blue city in a blue state; meaning a heavily democratic city in a region that overwhelming rejected the Trump Alt-right rhetoric. In one instance a gay man had an object thrown at him as he was being threatened for his ‘queerness’ and in another where a white woman was threatened for talking to a dark skinned man at a Starbucks “You could be shot for doing this!” was the statement of a white man in his car. In this first instance the gay man – who was raised in the deep south, said he had to dress out to be gay after deciding he could not just hide in the closet because of the election. His experiences with his immediate family in the deep south were to hear how Trump would replace the “Nigger President” – including from a family member receiving medical care from a black physician under Obamacare. For this victim, who suffered minor injuries in the hate assault, he concluded his family felt he had this coming, because of his lifestyle.

The erosion of social support for many individuals is made much worse by the hit and run hate and de-personalized nature of xenophobia found in our social media. The story from Plato of the Ring of Gyges, has been employed as a reference to heightened aggressive speech in general in social media as well as to the amplification of hate speech particularly (Dunbar, 2016). The original story refers to the notion of individual invisibility – accomplished by Gyges wearing a magic ring) as leading to more anti-social and aggressive actions by the character Gyges. In terms of our contemporary world this has been applied to the notion of internet trolling – and again – to the flaming via hate speech and stereotype activation.

As a clinician I have been running out the line for several days since the Tuesday election results; “Be closer to those you are close to, become active in some cause you care deeply, about,” and to the writers, film professionals, and artists I know I have said “consider how your art can engage the problems you are seeing.” However, what many people in the field of hate studies realize is we do not know where this new political dialogue will take us, societally. What is happening, perhaps imperceptibly, is the reconsideration of who we are and who we can get along with.

One comment on “Erosion of Social Support as a Function of Alt-right Xenophobia in the 2016 U.S. Presidential Election”