“Get yer tits out”: Why Misogynistic Street Harassment is a Hate Crime

“Get yer tits out”: Why Misogynistic Street Harassment is a Hate Crime 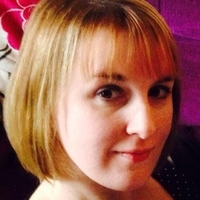 By Hannah Mason-Bish, University of Sussex

Imagine the scene. It is a hot summer’s day on a building site. After a hard morning of grafting, three builders sit having a drink on the scaffolding. A woman walks by who catches their attention because they deem her to be attractive. They wolf whistle at her. She smiles, happy that they have flattered her and found her physically appealing. They smile, feeling that they have merely paid her a compliment. This scenario is a stereotype of course, but according to some social commentators it is the sort of behaviour that Nottinghamshire police has sought to criminalise with their new hate crime policy on misogyny. This, argue some, is a step too far in labelling “normal” gendered interactions as deviant.  What is the harm in a bit of flattery and jovial banter?

For many women these encounters are objectionable. They are harmful. They are upsetting. While the example above is the often cited seemingly benign version of misogyny and street harassment, there are countless examples of women experiencing much more serious incidents.  For example, we know from Laura Bates’ study on “Everyday Sexism” that like many other forms of hate crime, misogynistic abuse sits on a spectrum and can range from the shouting of explicit words to unwanted touching and aggressive sexual advances. Such offensive behaviour has typically been downplayed as “normal” and “low level” so that victims who feel uncomfortable are deemed to be overreacting. This is similar to other forms of hate crime, where often smaller incidents are normalised by victims as part of everyday life and have a cumulative effect over time.  As Bates describes, this means that we end up accepting a status quo where women are expected to moderate their daily behaviour (Bates, 2015). This minimising of women’s experiences is something that Nottinghamshire Police Force is trying to discourage. This is not necessarily about a punitive response, but rather a police force recognising a problem and offering support to victims. It will also allow the police to plot any geographic areas where women might be targeted. It is telling that the approach of Nottinghamshire Police has been widely supported by many women’s organisations including the Fawcett Society and Women’s Aid.  It has emerged from a partnership of victim groups and NGO’s working with the Police to tackle a real problem. These exist as part of a wider global movement to highlight misogyny and street harassment such as Hollaback!

This type of misogynistic behaviour has a lot in common with other forms of hate crime. Firstly, the victims are targeted simply because of their identity. As Nottinghamshire Police noted, these are “Incidents against women that are motivated by an attitude of a man towards a woman and includes behaviour targeted towards a woman by men simply because they are a woman.” The targeting often has the outcome (even subconsciously) of putting women in their place and to remind them that they are sexual objects. My personal experiences of such harassment have always occurred when I have been alone, again highlighting how they are connected to exploiting the vulnerability of the lone woman. In the past when I have responded by ignoring them I have had “fucking bitch” shouted at me for my seemingly inappropriate reaction. I’ve had a car follow me home after I swore at the driver and passenger for making comments about my appearance. Such speedy escalation is not uncommon in these misogynistic encounters. Cabaret and Burlesque hostess Lili La Scala documented her journey home on a train one night. Titled “Creeps on a Train” she wrote about how 5 men began to talk at her and about her by beginning with compliments such as “you’re beautiful” to “are you naked under your coat”, “I want to cum on your face” and then moved to direct insults such as “you stuck up bitch” in a matter of minutes. Tellingly, they then reverted to the banterists retort of “we’re only having a laugh”. This swift escalation of seemingly complimentary comments then increasingly sexualised exchanges is something that many women have experienced.  It is not the exception. It is not accidental.

Currently there is no legislation in Britain that includes gender as a category of hate crime. There have been discussions about its potential inclusion for a number of years but these have been tempered by caution over what might count as gendered hate (Gill and Mason-Bish, 2013). Part of the problem has been the scale of violence and abuse against women and the concern that it would consume all hate crime policy and budgets. However, a wider problem has been that gender abuse and misogyny is not seen as exceptional by many. That is why we are in a situation arguing – somewhat bizarrely – that if a woman is shouted at and called an offensive name in the street or has her body parts discussed by strangers in a public place she does not have to “take it as a compliment”. I say it is bizarre because it is not an argument we would make about street harassment on the basis of racism or homophobia. We would tell victims to report it to the police and that their discomfort and upset was understandable.  It is interesting to note that it is common practice for police forces across the country to add different victim groups to their hate crime policy, and many have done so with little fanfare. It is only in the case of misogynistic abuse that I find myself writing a defence of its inclusion. It is also of note that most news outlets reported on this by focusing on whether wolf whistling constituted a hate crime. This, I would argue was designed to move the debate away from whether men should change their behaviour and onto whether women needed to accept it or take it as a compliment.

As feminists we are often accused of taking the fun out of normal social interactions. That we don’t understand “banter” and want innocent “lads” locked up. That we are jealous of attractive women who get wolf whistled.  For some women, a wolf whistle might be the highlight of their day or might be taken as a compliment. If so, then they do not need the help and support of the police. However, if a woman feels threatened, avoids walking down a particular street or is intimidated then this is not a fun social interaction.  For many women their daily experiences are much more graphic and threatening. That cannot be acceptable and I am pleased the police are offering support to women who feel harmed.  We can only hope that this policy has a wider educative function to draw out the cultural norms which allow misogyny to be seen as normal.

3 comments on ““Get yer tits out”: Why Misogynistic Street Harassment is a Hate Crime”