Keeping up appearances? How changes to one police force’s hate crime policy will protect people victimised for looking ‘different’

Keeping up appearances? How changes to one police force’s hate crime policy will protect people victimised for looking ‘different’

On 14th May 2013 by Neil Chakraborti in Uncategorized 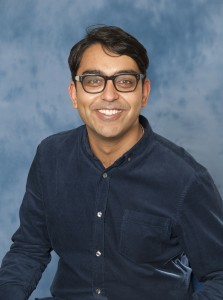 A change to a crime recording policy within one regional police force does not tend to generate huge levels of news coverage.  However, in the week that Greater Manchester Police announced that they would be recording attacks against members of alternative subcultures as hate crimes, this change in policy became the subject of extensive debate. Around 260,000 hate crimes are committed each year according to recent British Crime Survey estimates, and sadly very few of these are deemed especially ‘newsworthy’ beyond the more violent, tragic and headline cases. And yet here we saw the subject of hate crime taking centre stage in broadsheets and tabloids, on television news programmes and radio phone-in shows, in the Twittersphere and blogosphere … seemingly anywhere and everywhere within the local, national and even international press.

So why such a fuss? Well, in one sense I’d like to say it was for positive reasons. By becoming the first police force in England and Wales to recognise the targeting of people belonging to an alternative subculture as hate crime, Greater Manchester Police received praise from many quarters, as did the Sophie Lancaster Foundation who campaign tirelessly to change societal attitudes towards people who have a different lifestyle or appearance. Their stance recognises that such people are routinely subjected to all manner of prejudice – including being spat at, harassed, called abusive names, bullied and physically attacked – simply for ‘daring to be different’. As with the other more established strands of hate crime, this prejudice has damaging physical and emotional consequences for victims, families, friends and wider communities. Recognising it as hate crime will not only make people more aware of the everyday bigotry faced by people who are ‘different’; it will encourage higher levels of reporting and, perhaps most importantly of all, will make people feel safer and less vulnerable.

However, there are some who have been highly critical of this policy change. Their criticisms have generally centred around the legitimacy, or otherwise, of extending hate crime boundaries. Are attacks on goths, heavy metal fans, punks and emos really hate crimes in the same way as attacks on say ethnic minorities or gay people? Does this water down the importance of the concept of hate crime? Will other groups start lobbying to have their experiences of hate recorded as hate crime?

Let us take each of these points in turn. Do attacks against members of alternative subcultures count as much as other more established, more ‘worthy’ forms hate crimes? For me – and for anyone else who has engaged with victims of these attacks – the answer would be yes. Whether or not one believes that the expression of identity is a choice or a compulsion, the fact remains that expressing hatred towards someone because of how they dress or how they look is indefensible. The physical pain, the emotional hurt and the fear of subsequent attack caused by a hate crime is similar for all victims singled out for being ‘different. Equally, the second concern – relating to whether this change waters down the value of hate crime policies – has little justification in practice. The very purpose of criminalising the expression of hate is to protect people from being persecuted because of who they are, and those who would confine this protection to historically victimised groups fail to recognise that targets of hatred evolve with time, place and societal attitudes. Adapting our policies to fit the realities of present-day life is something that invariably strengthens, not weakens, the effectiveness of this protection.

The third point – that this may trigger campaigns from other groups to widen the boundaries of hate crime still further – is a fair one, but should not necessarily be viewed with trepidation. I have written elsewhere of the problems associated with a  ‘strand-based’ approach to developing hate crime policy which divides victims into artificial, singular categories (ethnic minorities, gay people, disabled people, and so on) without acknowledging that many have multiple identities (and therefore ‘belong’ to more than one category), and which invariably leaves less visible strands of hate un- or under-explored. Creating a new monitored strand is no substitute for recognising that ‘difference’ is key to understanding why people are targets of hate crime.  However, the prospect of other groups lobbying to have their experiences of hate recorded as hate crime is one that we should welcome, not fear. Not only can this make us all more aware of bigotry we may not see or hear about, but it can force us to think collectively about how we should classify and respond to these expressions of bigotry.

Ultimately, this move from Greater Manchester Police does not equate to a change of law, nor does it dilute the protection available for other groups of victims. It simply underlines that (within one police force area at any rate) acts of hate directed towards people with an alternative sense of identity or set of values will not be tolerated. While this change of policy might seem trivial, or a form of ‘political correctness’ to those who are fortunate enough never to have been persecuted because of their ‘difference’, it has received an overwhelmingly warm response from those not so lucky. I for one congratulate Greater Manchester Police and the Sophie Lancaster Foundation for reminding us all to respect ‘difference’ and challenge intolerance.

Dr Neil Chakraborti is a Reader in Criminology at the Department of Criminology, University of Leicester. He is currently leading The Leicester Hate Crime Project, a two-year study of hate crime victimisation funded by the Economic and Social Research Council. For further information about this research, please visit www.le.ac.uk/leicesterhatecrimeproject or contact the team at uolhatecrime@le.ac.uk or @HateCrime_Leics

One comment on “Keeping up appearances? How changes to one police force’s hate crime policy will protect people victimised for looking ‘different’”