By David Brax, post-doc at the Centre for European Research (CERGU), and the Department of Philosophy, Linguistics and the Theory of Science, University of Gothenburg 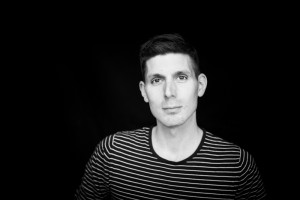 In the aftermath of the massacre in the Emanuel African Methodist Episcopal Church in Charleston on June 27th 2015 a discussion arose concerning how to categorize what had just taken place. It was clearly a mass shooting of the sort that has become only too familiar in the US in recent years. But just as clearly, it was a hate crime. The choice of victims and the place of the crime, what was reportedly said during the massacre and everything known about the accused pointed towards this being a hate crime. It is consequentially as a hate crime that the case is being tried next year. But that is not what the discussion was about. Instead, it turned to the question whether it should also be treated as an act of terrorism.

In a number of subsequent cases, the distinction between hate crime and terrorism has come under scrutiny. In Trollhättan, Sweden, earlier this autumn, a man killed two people and fatally wounded a third at a school before being shot by the police. Again, the police were quick to point out that they treated the case as a hate crime, based on the choice of victims, the perpetrator’s mode of dress, his Internet history and the content of a letter that he left behind. The discussion in the media, social and traditional, again turned to whether it should also be investigated and treated as an act of terrorism.

With the numbers of asylum seekers rising in the wake of the refugee crisis reaching Europe during the summer and fall, there has been a steep increase of attacks against housing for asylum seekers. Again, xenophobia seems a potent explanatory factor, but should these attacks also be recognized as acts of terrorism?

What these discussions turn on is whether by “merely” calling these crimes “hate crimes” we are taking them seriously enough. Failing to treat them as acts of terrorism, according to one argument, means not recognizing the gravity of the threat that such attacks demonstrate towards the targeted group and to society in general. A recurring theme in this debate is why authorities, as well as the dominating media, are more likely to refer to something as terrorism when there is an Islamic element involved.

The distinction and the overlap

Both “Hate crime” and “terrorism” are concepts with vague boundaries. But clearly, their applications overlap: A crime can be both a hate crime and an act of terrorism. Moreover, what makes a crime a hate crime and what makes it an act of terrorism overlap as well. Keeping in mind that the contents of both concepts are debatable (a recent handbook lists over 250 different definitions of “terrorism), we can say that whereas hate crimes are typically distinguished from other crimes by motivation, terrorism is distinguished by their intentions. An act of terrorism is a crime intended to spread fear in a society in order to instigate political change. A hate crime need not be accompanied by clear political intentions. While hate crime definitions exist that tie the distinguishing mark to intentions (to threaten a group, for instance), these intentions need not be particularly pronounced in order to count. Typically, the evidence required to establish hate motive does not include evidence of particularly extensive planning. It is possible to commit a hate crime “impulsively”. This is not so for acts of terrorism. Consequentially, while hate crimes are only too common, acts of terrorism are rare.

An important point, then, when striving to recognize the seriousness of hate crimes is that even if we where to require that authorities recognize their terroristic aspects, we probably do not want to restrict its application of hate crime laws to cases where this sort of planning has preceded the crime. While taking hate crime seriously is important, taking it “too” seriously could lead to a counterproductive decrease in successful prosecutions.

The terroristic aspects of hate crime

Hate crimes, like acts of terrorism, targets not only the immediate individual victims, but also the groups to which they are connected. The typical and often intended effect of both types of crimes is to strike fear in the group, and to remind them of their heightened risk of further victimization. The “secondary harm” of hate crimes is frequently recognized as the justification for penalty enhancements. Both are also typically expressive of certain attitudes and/or political ideals.

Terrorism, because of its planned nature, manifests the existence of a threat to society. The fear, which the act is intended to cause, is precisely the fear of another attack. Calling something an act of terrorism, then, signals that we are not primarily interested in establishing the guilt of the perpetrator and punishing him accordingly, but rather in eliminating that threat. Terrorism is typically conceived as something that is planned and organised. Hate crimes, on the other hand, while they may very well be intended to strike fear in a particular group, need not have this component.

It is interesting to note that the conception of hate crime used to be closer to our conception of (domestic) terrorism. Indeed, the American anti-terrorism law arguably has its roots in the Ku Klux Klan act of 1871. The hate crime law in Sweden, similarly, has its origins in attempts to counter-act racist organisations. The “everyday” nature of hate crime was recognized later on.

Whereas acts of terrorism are typically organised, then, hate crimes rather manifests and reinforce a pattern. Hate/bias is not confined to particular political groups or projects, but exists distributed throughout society. Indeed, it can be argued that the reason why hate crimes are rarely organised or planned out is that it doesn’t need to be in order to motivate or to have this intended effect. The foundations for this effect, which include psychological harm, withdrawal from public life, keeping a “low profile”, hiding ones identity etc., is not contingent on the existence of distinct “hate groups”.

It is worthy of note, however, that the rise of “lone wolf terrorism” and “leaderless resistance” has made this ground for a clear distinction between hate crime and terrorism less straight forward. This type of terrorism makes counter-acting terrorism much harder, as merely tracking the activity of the individual terrorist does not suffice to identify the source and eliminate the threat. Similarly, the preventive work when it comes to hate crime goes far beyond identifying and neutralizing hate groups.

Terrorism and what is alien to the system

A final basis for the distinction between hate crime and terrorism, as hinted at above, is that the ideology expressed in an act of terrorism is typically considered to be alien to the system that is being attacked. Terrorism is typically a threat towards us (the “normal” citizen) from them (the outsider). The political aim of an act of terrorism is to change the political system in some way, and thus it may seem that the threat of terrorism must come from outside. This may be one reason why attacks with some form of Islamic element are more readily recognizable as acts of terrorism. Islam seems to be understood as the “significant Other” in relation to the christian or secularized west. Hate crimes, on the other hand, are typically considered as “entrenched” in the prevailing system, as expression of oppression of a member of a marginalized group by a member of the majority. Indeed, hate crimes are seen as expressions of the same sort of attitudes that led to institutionalized violence and discrimination against minority groups. They are rarely perceived as threats against society as a whole. This perception is a mistake. While certain, typically disadvantaged, groups are disproportionally being targeted by hate crimes, the fact that such groups are being disproportionally targeted is a threat to society as a whole. Just as the existence of disadvantaged groups is a problem for society as a whole, and not just for that group.

When terrorism is understood as crimes committed with the intention to bring about a political effect by causing fear, it turns out that this somewhat “entrenched” and “defensive” kind is actually much more common than the “typical”, “alien” kind. The Charleston case demonstrates this: while the intention was to scare the black population and to instigate a “race war”, it was also a reaction to a social development. To recognize this sort of act as an act of terrorism requires that we rid ourselves of the conception of the “alien” attacker and face the existence of conservative, or rather reactionary terrorism. This, of course, is true of the threat of Islamist terrorism as well, which becomes obvious once we realise that the vast majority of victims for such terrorism consists of other Muslims.

(To be fair: In the U.S., with its history of right wing extremism opposing the federal government, this state of affairs seems to be recognized by the authorities, even if it is rarely reflected in the headlines.)

The significance of the overlap in contemporary Europe

In Europe we are currently experiencing unfortunate developments when it comes to both kinds of crimes. After the rise of ISIS in recent years, and in particular after the two attacks in Paris during 2015, Europe is experiencing the effects of terror, i.e. the fear of a new terrorist attack. The most predictable effect of such attacks, however, was an increase of the number of islamophobic hate crimes, as reported from the UK and France. At the same time, in the wake of the refugee crisis, a large number of attacks have been carried out against accommodations for Asylum seekers in countries like Germany and Sweden (countries that have been relatively open to refugees, compared to the rest of Europe). Houses have been burnt to the ground, and while the perpetrators have unfortunately rarely been caught, it looks likely that “defensive” motivations, resisting the change that the arrival of refugees represents, are behind at least some of these attacks. Indeed, it would seem that the fear of a terroristic attack can lead to a fear of people that looks like, and to that extent are associated with, the source of the threat. In the light of what has been said above, we would expect the authorities to treat these attacks as suspected acts of terrorism. While the targeted group is limited, does not consist of citizens, and is largely isolated from the host society, these attacks clearly target the country’s capacity to offer asylum, which is arguably a crucial societal function. Targeting such functions in order to force political change is what textbook terrorism is all about.

While there is a great deal of overlap between hate crime and terrorism, it is important to keep in mind the distinction between the everyday and the exceptional. Some hate crimes borders on terrorism. Some clearly are instances of terrorism, whereas others are more impulsive “crimes of opportunity”. However, even the more impulsive kinds are part of a pattern that in turn has the same sort of effects as those we associate with terrorism. Understanding the similarity between hate crime and terrorism means realizing the threat the former poses to an open society.