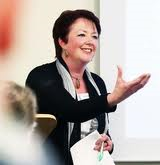 I don’t know whether they believe that it’s been accomplished, that racism has been eradicated, but the reality is that it hasn’t. What’s happened is that racism still exists but it is not so overt, that doesn’t mean it is not still there and in some ways it is worse having it underground.

Why might victims experience racism in the ways described by Doreen Lawrence? My research into victims’ perceptions and experiences of racist hate crime looked at who is victimized and how. What impacts did their experiences have? Why did they believe they were victims of racist hate crime? I decided to use ethnography, which literally means ‘writing about people’, to help me answer these questions. It’s a research method which involves directly observing and accurately describing people and their stories. This took me to an agency in England run by victims of racist hate crime for victims of hate crime, where I carried out observational fieldwork and also interviews with caseworkers and their clients. This blog both introduces the reader to this type of research and also some of the findings.

Over a two and a half year period, the fieldwork involved following the victims’ caseworkers wherever they went in the course of their work. This included the safe house, police stations, hospitals, the gurdwara, mosques, victims’ homes and local neighbourhoods. So, what did the ethnographic method reveal? Many participants’ contrasted their experiences to earlier decades such as the 1970s and 1980s when racist crimes and incidents were perceived to be more “blatant”. Like Doreen Lawrence they perceived the nature of hate crimes to have changed to acts which are more “discreet” or covert, and therefore off the radar to the authorities such as the police.

This ‘racism by stealth’ was typified by the day I went to visit Aala, a victim of racist hate crime, with her caseworker Fatima. Before going on the visit I had read the case file and discussed Aala’s case with Fatima. The file contained a letter written by Fatima in support of an application to move the family to a new home in a new location due to their experiences of racist hate crimes:

[The family] do not feel safe walking on the local streets and do not have [a] sense of belonging to the local community. They do not feel they are welcome there at all.

The experience of walking through Aala’s neighbourhood began to put this letter in context. For example, as Fatima and I disembarked from a bus in Aala’s neighbourhood she immediately pointed to a swastika painted on a wall. She expressed her concern about the impact that this might have on Aala if she were to see it. From there we walked toward Aala’s local shops where some of the shopkeepers were experiencing racist hate crimes and incidents. Fatima explained that one of the businesses had been repeatedly targeted in the past and that the family had constantly reported the incidents to the police but had been dismissed as “serial timewasters”. The family’s business was later the target of an arson attack. One family member died and others were hospitalised.

That same day the fieldwork also brought into sharp focus experiences that I had heard described by victims throughout the course of the fieldwork. For example, making the return journey from Aala’s house with Fatima to the bus stop three men working on a car on a drive stopped and fell silent. Two of them moved and blocked our way. From that encounter we made our way back to the bus stop and as my fieldwork diary recounts:

… when we got onto the bus … two women momentarily stopped talking and stared at Fatima.  … [I felt] … concerned [and] uncomfortable and could sense the potential for conflict [and recollected the many clients’ accounts of attacks while on the bus in this area]. The conversation clearly turned to Fatima’s presence on the bus because the women talked more quietly and in hushed voices, turning back to look at us every so often …

Ethnographic research made visible ‘the processes by which a person becomes a victim of this form of crime’ which are ‘cumulative, comprised of various encounters with racism, some of which may be physically violent, some lying only at the fringes of what most people would define as violent or aggressive’ (Bowling 1999, p. 230). Racist hate crime and its potential were encoded in victims’ neighbourhoods. Ethnography provided me with an eye witness account of this.

The nature of victimization

The ethnographic research also shed light on the nature and impact of victimization. Acts of victimization identified during the course of the fieldwork included: arson and  attempt; bullying of children; rubbish nuisance; threats; racial discrimination; assault; car damage; ostracization; verbal abuse; written abuse; attack on property; graffiti; and police discrimination. Many acts were committed covertly. I identified three ways in which this happened: “discrete” acts in the neighbourhood context; “malicious allegations”; and cases where the perpetrator successfully framed the victim as a perpetrator.

Cases described by the agency as “neighbour disputes” were the most commonly recorded backdrop for racist hate crimes and incidents. Consequently victims and perpetrators to some degree knew each other. This relationship also created risk for the victim. Proximity between perpetrator and victim created opportunities for the former to target the latter and to do so frequently.

How does proximity shape the nature of victimization? Existing research identifies acts involving racist epithets; assault and violence; and harassment and criminal damage. The ethnographic fieldwork brought a new perspective to bear on such acts in the neighbourhood context. For example, “racial verbal abuse” might occur as soon as the victim left their home, the neighbour-perpetrator having heard or seen them leave the premises. Also, the abuse might not be shouted but muttered in passing. As one participant explained:

… the perpetrator is quite clever in [pauses] … how they do it. They say it quietly enough that it’s not being recorded or making sure that there’s nobody about at that time, or making sure they get an alibi.

Harassment often involved the neighbour-perpetrator standing outside the victim’s home and staring in through the window, or shouting or miming threats, or holding intimidating/racist conversations outside the victim’s open windows, or playing explicitly racist music. Victims frequently described how they could not use their back or front garden because the neighbour-perpetrator would immediately appear in their own garden and either silently watch them or verbally abuse and/or threaten them.

Due to the ongoing and indirect nature of many such incidents, they were difficult to report as hate crimes and incidents, and challenging to prove if reported. Victims often said that failed attempts at reporting incident resulted in an escalation of incidents and crimes, and left the victims more vulnerable. Failure to have a hate crime recorded by, for example, the police service also sent a message to the perpetrator – that they could continue to act and do so with impunity.

The nature of victimization changing from something that was once blatant to something insidious and hidden was a common theme in victims’ accounts. This was summed up by one participant as follows:

… because before it was accepted by society, wasn’t it… you could do Paki bashing, or, you know, those kind of things. It felt it was, um, more acceptable. And nowadays people are trying to be a bit more PC [politically correct].

Describing how some perpetrators who are “more intelligent” will not commit hate crimes “as openly”, the participant went on to explain:

So it’s more, um, it’s a bit more hidden, okay, but it has [a] worse effect on the victim because it’s harder to prove.

This changing nature of victimization makes it difficult for some victims to articulate their experience in a way that is meaningful to the authorities, but also to prove. It is therefore understandable why for these people, as for Doreen Lawrence, the fight against racism needs to continue and it needs to do so on the understanding that “it is not so overt” and “in some ways it worse” than before.

(The research was funded by the Economic and Social Research Council)