Racist hate crimes: Why do they do it?

Racist hate crimes: Why do they do it? 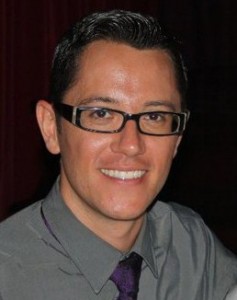 The massacre of nine African Americans in Charleston by a young man hell bent on starting a “race war” has sent shock waves across the world. Such brutal acts of violence remind us of what seems to be an ever increasingly fractured global society. Despite the wilfully blind trying to maintain the myth of a ‘post-racial society’, many others are no doubt unsurprised by the events of last week given the ongoing problem of racism in the US. However, the US is by no means alone in suffering from post-colonial racism through 21st century reassertions of white supremacy. Currently, Zack Davies, 26, from Mold, Flintshire, in Wales is being prosecuted for the attempted murder of Dr Sarandev Bhambra. Davies is said to have followed his victim into a Tesco’s supermarket where he set about hacking at him with a hammer and a machete almost severing his victm’s hand while shouting ‘white power’ and ‘this is for Lee Rigby’.

Such heinous demonstrations of racism have far-reaching effects on the cohesiveness of our multicultural communities. Unfortunately rather than being one off incidents, these acts of violence represent just the tip of the iceberg of racist hate crime in both the US and the UK. For instance, last year police services in England and Wales recorded a total of 37,484 racist hate crimes; that made up 84% of all hate rime recorded by the police. This figure represents a 5% increase in racist hate crimes recorded in the year 2012-13. Yet police recorded data shows only part of the picture. More representative data provided by the Crime Survey for England and Wales estimates that there is an average 154,000 incidents of racially motivated hate crime per year, the majority of these are personal in nature including assault, wounding and robbery.

So why is there so much racist hate crime? It is difficult to even begin to understand the nature and extent of racially motivated violence without an appreciation of the history of racism in countries such as the US and UK. Though both nation’s pasts are distinct, they are intertwined by histories influenced by the enlightenment philosophies that gave rise to practices including slavery, racial segregation, and more directly to the violent persecution of Black people throughout the US and Europe. The tumultuous history of racism on both continents has inevitably left a nasty residue. Left behind is a system of social, political and economic governance from which white privilege has continued to proliferate within and across generations. That is not to suggest that progress has not been made. The emergence of a civil rights movement in the 20th century has ensured that there are now equal rights in terms of voting, working and use of public spaces.

Nonetheless, racism remains deeply imbedded in contemporary society; in its institutions, its schools, its workplaces and most pertinently in its governments. This means that people of colour remain constantly on the back foot. Their otherness means that they often have to endure everyday forms of discrimination. Some of these become systemic leading to institutional racism as well as to direct expressions of prejudice, including the murder of black men by police officers. Other forms of prejudice are formed by subtle processes of discrimination that are not overtly detectable, such as dirty looks in public spaces, but nonetheless lead to feelings of otherness. In fact, there is some evidence to suggest that racism is getting worse. Recent data from the British Social Attitudes Survey showed that racial prejudice is on the rise again. From an all-time low of 25% in 2001, levels of racial prejudice have since risen to 30% in 2013. It is by no means coincidental that during this period of time that we have also seen the insurgence of nationalist parties such as UKIP, and to the renewed activities of right wing racist groups across Europe.

It is against this backdrop that we observe the continued proliferation of racist hate crimes across the US and UK. Within what continues to be a divided society, some, such as Roof, take it upon themselves to eradicate those deemed as racially ‘different’. American criminologists Jack Levin and Jack McDevitt refer to these perpetrators of hate as “Mission offenders”, as they make it their mission in life to eradicate certain groups of people. They ascribe to an ideology of hatred that fuels and emboldens their hate-motivated acts. While it is likely that Roof embodies such a type of hate crime offender we do not yet know Roof’s reasons for acting as he did. I do not pretend to know his inner thoughts and what compelled him to sit in a room for almost one hour before pulling a revolver and opening fire. It is likely, though, that he felt immense fear before doing so. It is the emotion of fear that seems to tie most theories of hate crime together. The racist attacker’s fear relates to the threat that others pose to his way of existing as a social being. It is this perceived threat that impels him to act in order to protect his own way of life. Many racists fear that black people will one day take away the power that the white man has built over centuries and which is maintained via social processes and state institutions. This power relates not just to social norms, values and customs but also to economic power and capital. In responding to this threat, some racist offenders take it upon themselves to police the boundaries of acceptable community membership through acts of violence.

Similarly, many of the racist and anti-Muslim attacks that occurred directly after the murder of Lee Rigby can be understood through the lens of fear. Hate crime rates often surge during periods of time when one ethnic or religious group feels under attack from another. Spikes in racist and Islamophobic attacks occurred in the aftermath of 9/11, 7/7 and more recently in the months following the murder of Lee Rigby. These retaliatory acts of hate are sparked by the fear that Muslims are ‘taking over’, and must therefore be resisted. Some politicians and certain media outlets go on to conflate the words ‘Muslim’ with ‘extremist’ and/or ‘terrorist’ as means of social and political resistance. Government agencies go on to disproportionately enforce anti-terrorism laws while some even ban Islamic clothing in public places. For the man on the street, his resistance is often his fists, or worse a machete or worse still a hand gun.

So what is to be done? Histories of oppression and the structural forces that maintain them cannot be reversed over night. But if we are to see fewer incidents such as those in Charleston and Flintshire, change we must. As Dr Martin Luther King so poignantly put it, ‘I refuse to accept the view that mankind is so tragically bound to the starless midnight of racism and war that the bright daybreak of peace and brotherhood can never become a reality… I believe that unarmed truth and unconditional love will have the final word.’

Co-Director of the International Network for Hate Studies