On 6th August 2013 by Barbara Perry in hate crime Canada 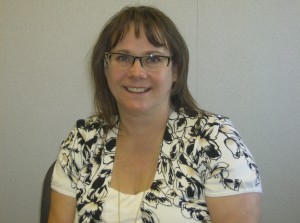 It’s that time of year when Statistics Canada releases it’s annual report on police reported hate crime in Canada. The July 10, 2013 release of 2011 data was only the 6th such accounting. That in itself says something about our lack of maturity in confronting hate crime. The capacity to document a problem is the first step in challenging it. That we did not make a concerted effort in this respect until 2008 is reflective of our national refusal to acknowledge that all is not well in the “peaceable kingdom.” The fragility of our commitment to the much-touted mantra of multiculturalism is apparent in the face of persistent violence directed toward those Others in our midst.

But the bad news outweighs the good news. After reading this year’s report, I found myself asking “is that all there is?” The report was a very much watered down version from previous years. Take away the blank space (on nearly every page) and the text boxes, and you are left with only about 6 pages of “discussion.” I use that term lightly because there is little dialogue about the data. Given the patterns that emerge, this is disheartening. I can only wonder if this is a reflection of our Prime Minister’s crusade against data!

A number of trends emerge out of the hate crime report that are worthy of further consideration. First is the geographical distribution of hate crime in Canada. Not surprisingly, Ontario accounted for more than half of all offences; British Columbia accounted for another third. On the one hand, this is attributable to their large share of the national population. But they are also, arguably, the most diverse provinces. The relationship to diversity is underlined by the fact that Ottawa, Vancouver, Toronto and Montreal were the cities with the highest reported number of offences. What is even more interesting is that Ontario cities like Hamilton, London, and Kitchener-Waterloo also had fairly high numbers. This demands some unpacking – potential explanations include rapid demographic shifts, active human rights organizations and campaigns, and dedicated hate crime units.

As noted earlier, the bulk of offences were relatively minor. But this is not to say that they are trivial. We know from the literature on violence against women, for example, that these lower level incidents are disarming for an array of reasons – they are daily occurrences; they are normative and might be expected to occur at any time; police don’t take them seriously; they are feared to be precursors to more violent assaults.

The Canadian data confirm what we have learned from other countries, in that it is a “youth phenomenon.” Both victims and offenders are disproportionately young people, under 25 years of age. While this group accounts for less than 20% of the population, they account for more than 40% of victims, and 60% of offenders. These are striking numbers, and highlight the importance of programs and services in the schools. The data would also seem to cry out for anti-hate programs for young offenders. However, when I was asked by Dr. Paul Iganski to identify Canadian programs in this area, I was unable to uncover any such initiatives offered to hate offenders. As argued by Helen Kennedy, ED of Egale Canada, ““Until we implement explicit policies and programs to address homophobia, biphobia and transphobia in every region of this country, we cannot begin to hope to end the violence, harassment and hate crime that our LGBTQ youth have come to see as a fact of life.”

As Egale’s position suggests, one of the most disturbing – and consistent – trends to emerge in this and virtually all earlier hate crime reports in Canada is the level of violent offending against LGB communities. While the overall rate of hate crime was down, including those motivated by race/ethnicity (-4%) and religion (-17%), violence against LGB communities was the only one to have shown an increase – a 10% increase. More significantly, hate crime against these communities is overwhelmingly violent in nature. Nearly 70% of all offences motivated by sexual orientation were violent crimes; those motivated by race/ethnicity were violent in only 40% of the cases. Added to this is the fact that half of the crimes against LGB communities resulted in injury, compared to 32% of those motivated by race/ethnicity. This troubling anomaly was not even noted in the report. Nor does the report refer to violence against trans people, as this is not reflected in Canadian legislation or data. This is a major shortcoming in light of emerging data that suggest that this community might be subject to even more extensive and intense violence than any other.

I began this blog suggesting that the Canadian justice system does not appear to take hate crime seriously. I end with the same theme, noting the available “evidence” on prosecution of hate crime. There were 1300 hate crimes recorded by police across the country. Yet this hate crime report indicates that only 20 cases were prosecuted (12 adult and 8 youth), with only 1 finding of guilt. This is a dismal record for a country that prides itself on its commitment to equity and inclusion. Recent years have seen more active policing in the field – more hate crime units, more pre/in-service training, and explicit policies and procedures for investigation. The time has come to make similar strides among our provincial Attorneys General offices and our Crown attorneys. They, too, need to come to terms with the reality and impacts of hate crime on our vulnerable communities and on our national identity.