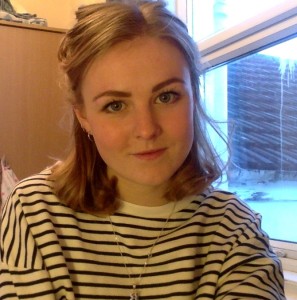 By Beatrice Webster edited by Mark Walters, University of Sussex

Hate crime continues to be a pervasive form of abuse that affects hundreds of thousands of victims every year. For some time now, both racially and religiously motivated crimes have caught the attention of the media and, in turn, the various government agencies tasked with tackling crime. Only last week, Chelsea football fans were filmed pushing a Black man from a train in Paris while spouting racist remarks. The incident has caused media and public outrage leading to global coverage in newspapers, on news programmes and beyond. There has since been a police investigation and nationwide search for the culprits. The fact that such incidents are now taken so seriously is reassuring. However, for some victimised groups similar cases of prejudice rarely turn heads let alone cause international outrage. Two such groups are people with disabilities and trans people, both frequently the targets of hate crime and hate speech yet rarely considered newsworthy. Recent Home Office statistics show that the numbers of reported transphobic and disablist hate crimes are on the rise. Despite this, both disability and transgender remain ‘unprotected’ characteristics under several key pieces of legislation that are aimed at combating hate crime and hate speech. But why is this? And it is time that the Government do more to protect these groups?

In its recent report on hate crime law reform, the Law Commission (LC) concluded that legislation criminalising conduct which is intended to stir up racial or religious hatred should not be extended to cover disability and transgender hatred. It is unlikely that the legislation will now be changed because of this. Does this mean that transgender and disabled people remain additionally vulnerable to hate speech? Or is this proposal sensible considering the fact that the stirring up offence legislation is hardly ever used?

The law relating to the stirring up of racial hatred is contained in Part III of the POA 1986. It applies where a person engages in threatening, abusive or insulting conduct and where the intention was to stir up racial hatred or, having regard to all the circumstances, racial hatred was likely to be stirred up thereby. Later in 2006 and 2008 the Act was amended to include section 29B(1) POA 1986 which covers the stirring up of religious hatred as well as hatred on the grounds of sexual orientation. These newer offences require proof of the defendant’s intention, meaning that for a prosecution to succeed there must be evidence to prove beyond reasonable doubt that the defendant’s conduct was not only threatening but that he or she intended the conduct to stir up hatred. In law it is not easily proved. So difficult, in fact, that there has not been a successful prosecution against someone for stirring up religious hatred while only one case of sexual orientation hatred has led to a conviction. One legal expert has noted that the legislation has been “pruned so hard they [House of Lords] have left it a stump.”

The LC considered in detail the possible inclusion of transgender and disability along similar lines to the legislation on sexual orientation and religious hatred. They note a number of adverse effects of including disability and transgender in the stirring up offences, such as: preventing debate; creating resentment against the protected groups; contributing to a perception of the protected group as weak and helpless; and driving hate speech underground (thus making it harder to detect). None are particularly convincing. However, what is most convincing is that the existing stirring up offences for religion and sexual orientation are so narrow that they render the law ineffective. Perhaps then the LC were correct in proposing not to include disability and transgender under the Act. Indeed, what is the point of creating new legislation that in practice simply isn’t working?

Some academics have argued that new offences of trans and disability hatred would still have an important indirect deterrent effect, by displacing potential perpetrators’ assumption that the conduct in question is justifiable or that it has the tacit support of the state or society. Although these broader symbolic perspectives are valuable, hate crime should be a victim-centric concept. Creating an atmosphere where hate crime victims feel protected is fundamental. If we include transgender and disability hatred within the stirring up offences and subsequently there are no/few prosecutions, victims are likely to feel even less protected than having no specific legislation in the first place. What is worse: having no ‘additional’ legislative protection, or being included only to realise the state can’t (or won’t) actually use the law to help you? Moreover, if there are several unsuccessful prosecutions the deterrent effect of the legislation will be negated. Moreover, if the new offences do not address the majority of hate crimes experienced by disabled and transgender victims and are rarely prosecuted, there will be little (if any) lasting impact on confidence in the justice system.

A number of campaigners have also argued that there should be parity in the protection of all five protected characteristics. However, there is already inequality between the protected characteristics, given the higher threshold for religion and sexual orientation than for racial hatred. This leaves the law in an unsatisfactory state that creates a ‘hierarchy of hate’. Adding transgender and disability to a body of law that is already framed unequally doesn’t solve this.

The Law Commission report‘s fifth chapter recommended a full-scale review of the operation of the aggravated offences and of the enhanced sentencing system. It is unfortunate that the focus was on the aggravated offences. The LC should also have discussed the need for review of the POA 1986 stirring up offences too, with the suggestion of repealing or broadening the legislation. Before asking for more hate crime laws, we might wish to start by asking how well are the current laws serving their purpose and how is hate crime actually experienced by different groups in society?

The Government, in its Hate Crime Action Plan, has set an agenda for criminal justice agencies to improve their performance in relation to all hate crime strands, but hasn’t suggested a complete review of all hate crime legislation. The LC report did not examine whether the existing offences should be retained in their current form, amended or repealed; arguably the project’s terms of reference were unduly narrow. Nonetheless it would appear that the LC has been sensible in recommending that the stirring up offences should not be extended to cover disability and transgender status. This is by no means to infer that trans people and disabled people are not the targets of hate speech, or that they are somehow undeserving of additional protection, but rather it is to acknowledge the fact that the legislation is simply not working – for anyone!

Recently the Labour Party have announced that if they are to get into government they will extend hate crime laws to include disability hostility as a form of aggravation, however no mention was made of transgender hostility in their press release. Perhaps this was an oversight. What is clearly needed before this is a comprehensive re-evaluation of hate crime legislation. After which the legislation regarding stirring up of hatred needs to be either completely reframed so it is useable or repealed. Only then can we say that all types of hate crime are protected equally by the law.