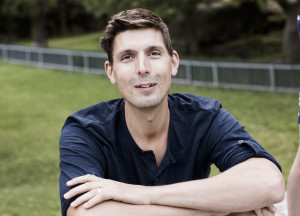 Landmark Hate Crime Case in Swedish Court of Appeal By David Brax, Post doc at the Department of Philosophy, Linguistics and Theory of Science and Center for European Research, Gothenburg University (CERGU)

In the autumn of 2013, a Muslim woman and her daughter, both wearing veils were assaulted by a middle-aged man outside the emergency ward of a hospital in the south of Sweden. Several people witnessed the assault and according to one of the victims, the man was shouting abusive comments during it. She recalled him yelling ”You people are destroying this country”.  A police officer who attended the scene was himself a Muslim and the assailant initially refused to talk to him and under subsequent questioning he continued to speak degradingly about Muslims in general. Perhaps unsurprisingly the crime was reported in the press as a clear cut hate crime. They also made a great deal out of the fact that the man had a background in a society for free speech and freedom of the press, one with a history of primarily defending the right to print Islamophobic material. The hate crime rule Whilst the term hate crime in Sweden appears in policy documents, in official statistics and in academic scholarship, it is not a specific offence, and the term does not appear in the criminal code. The legal counterpart ”hate crime” is a penalty enhancement statute, to be found within section 2 of Chapter 29 of our Criminal Code, among other aggravating circumstances. In a rather convoluted formulation, the statute/paragraph states that one aggravating factor of a crime is: when a motive of the offender was to insult/violate a person, an ethnic group or another such group of people by reason of their race, skin colour, national or ethnic origin, creed, sexual orientation or other similar circumstance. Although the statute has been in place since 1994 it has only been used in the Swedish Supreme Court once, and on that occasion, the focus was elsewhere.  As a result, lower courts have very little guidance when it comes to application of the hate crime rule. There is a real problem with a large number of crimes being reported and flagged as hate crimes, but rarely resulting in hate crime convictions. An additional problem is that judges do not always mention whether they have taken the legislation into account or not. Furthermore, the verdict of the lower Swedish courts often lack detail and this makes the reasoning of the court difficult to ascertain. The resulting lack of transparency and the gulf between the number of hate crimes reported and the number of convictions using the enhanced tariff is arguably a problem with far reaching consequences. The expressive function of increased penalties in hate crime legislation is seriously undermined by failures to implement them.

In April 2014 the case reached the district court of Malmö. The district court found the man guilty of physical assault but they did not classify it as a hate crime. It did however use an uncommonly large amount of space to explain its reasoning in this regard. The district court argued that the comment ”You people are destroying the country” could not be given a wide enough interpretation to clearly indicate a hate motive. Moreover, the fact that two veiled women were selected for this unprovoked attack did not suffice as evidence of targeted victimisation as there was no evidence of other possible ‘victims’ at the scene.  Finally the man’s background and his subsequent behaviour towards the police were not allowed to be considered as it was held that only words and actions at the time of the actual ‘crime’ were permissible in establishing whether it was a hate crime. All of these points were controversial. Less specific statements than ”you people are destroying the country” had previously been used as indicative of hate motive, and facts extrinsic to the act itself have also been allowed. The suggestion that the man could have attacked anyone in the position of the actual victims is also hard to believe. In short, the district court ruling suggested a very narrow application of the hate crime rule and set a very high bar for hate crime prosecutions. The decision was heavily criticised and the case subsequently went to the Court of Appeal.

The Court of Appeal delivered their verdict on 17 September 2014. Because of the explicit reasoning in the district court, and because of the prosecutors insisting that hate motive had in fact been established, the Court of Appeal was required to address it at length. It found that the required motive of ‘hate’ had indeed been established on the facts. The ruling is important for a number of reasons, and the contrast between the reasoning of the two courts is what makes this case a landmark one. Interestingly, the Court of Appeal disregarded what had been said during the assault, the testimony in this regard was judged to be less than certain. But this did not undermine the case. This is important as it  means that hate motive was established primarily on the ground of victim selection – the court decided that there was no other reasonable explanation as to why these women were assaulted. The mere unprovoked selection of victims belonging to a clearly identifiable group counts as being indicative of a hate crime motive. Therefore the court will consider victim selection, in conjunction with other facts about the behaviour of the offender to establish hate motive. The fact the Court of Appeal did not refer to what was said during the attack also means that a crime need not be accompanied by hate speech to count as a hate crime. In addition and contrary to ruling of the District Court the Court of Appeal confirmed that relying on evidence extrinsic to the assault, namely what was said afterwards, is allowed to establish hate motive. Both these things were far less obvious before, and this decision cannot be ignored.

The general reaction is that the decision was a wise and important one. The previous ruling of the District Court meant that it was too difficult to establish a hate crime which may have resulted in prosecutors losing interest in pursuing them. The decision also means police officers are given further information on what sort of circumstances will help them to establish a hate crime including the collection of evidence on victim selection and statements made after the offence as well as at the time. The victims have reported that they are very pleased with the decision, and that the important thing for them was that it was recognised as a hate crime. Explicitly recognizing that a crime is a hate crime is crucial to show that the criminal justice system is acknowledging these crimes as a particular kind of problem, and that targeted groups can rely on its support. The clarity of the ruling is also important given the often contested nature of hate crimes and the low number of successful prosecutions. What now remains to be seen is whether the convicted man will make an appeal to the Supreme Court. After 20 years, there is considerable interest in having this contested concept of ”hate crime” tried there.