It’s Time For the Right Change: Legislating Against the Use of Conversion Therapy

It’s Time For the Right Change: Legislating Against the Use of Conversion Therapy 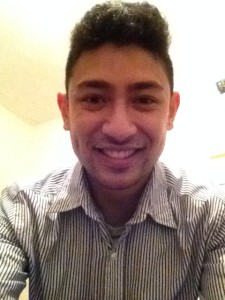 The Counsellors and Psychotherapists (Regulation) Bill 2013-14 aims to introduce a Code of ethics for registered counsellors, therapists and psychotherapists which if passed will include a prohibition on gay to straight conversion therapy. Conversion therapy (CT), aka ‘Reparative Therapy’ is a process whereby “psychotherapists” attempt to change someone’s sexual orientation, typically from ‘homosexual’ to ‘heterosexual’. The therapy starts from the premise that sexual orientations which diverge from heterosexuality are an ’illness’ which can and must be ‘cured’.

Predominantly religious based counselling, CT has recently been banned in California after a prolonged period of lobbying by gay rights activists to make the practice illegal. Of particular concern was that there were no official guidelines on how the practice was meant to be conducted leaving “therapists” to employ some pretty unorthodox methods. During the earlier part of the 20th century practitioners adopted aversion therapy whereby electric shock treatment was used each time sexual responses were recorded during homoerotic stimuli. Other methods have involved injecting intoxicating drugs into subjects in order to induce patients into having sex with a prostitute. Several cases have been documented where these injections have resulted in the death of the patient due to the lethal chemicals they contained.

During more recent years the therapy has adopted a Freudian direction, in which a patient’s upbringing and/or sexual abuse are targeted. Difficult relationships with fathers are often used as “evidence” of abnormal environmental influences which have caused some men to “turn gay”. Patients have been treated by asking them to play rugby and/or, and somewhat ironically, by receiving massages from other men.

Is there any proof that it works?

Much of the evidence base on CT has focused on personal testimonials of people who are now “reformed” homosexuals. Of course these testimonials fail to promote representative samples. Sampling bias also prevents random groups of participants who are tested for their sexual orientation, with social and cultural bias being prominent. For example, one survey found that a number of patients made shifts towards heterosexuality after pastoral counselling when 96% were found to prioritise religion. Social desirability bias has also been present with occurrences of misclassification, for instance categorising bi-sexual men as heterosexual, follow up on ‘successful’ patients being either non-existent or poor, failing to see gay women and ignoring the influence of other social factors.

Yet simply highlighting the fact that there is a lack of any cogent evidence that CT works would belittle its true failings. CT can have disastrous outcomes for patients. Individuals’ pre-existing feelings of depression about their sexual orientation can be compounded further by the shame of failing the therapy. Many go on to face severe interaction problems, especially pertaining to sexual intimacy. At worst, patients have taken their own lives having been convinced not only that their sexual orientation is depraved but that their failure to change it means that they are innately immoral. This was the case with Kirk Murphy, a ‘success’ story used by George Rekers, an ex-member of the infamous National Association for Research & Therapy of Homosexuality (NARTH) who are dedicated to ‘treating‘ homosexuality. Kirk Murphy was a young boy who was associated with feminine behaviour after playing with ‘girls’ toys’. He was sent to a government funded project called the ‘sissy boy experiment’ and after 10 months of formal treatment deemed cure. However, he later committed suicide, his family believing that it was owed to the adverse effect of the treatment.

Is CT used in the UK?

Virtually all accredited medical bodies, including the British Association for Counselling and Psychotherapy which is Britain’s largest body of professional psychotherapists, have rejected this archaic and harmful treatment. Nevertheless, CT is still sadly being used in the UK. Shockingly the practice is currently being funded through the NHS via referrals from GP’s. Recent attempts by the MP Geraint Davies to find out how many people are being referred by the NHS or how much the NHS has spent on treatment by unregulated therapists received a response from the Health Secretary Jeremy Hunt of ‘’no idea’’. Data can be ascertained, however, from a sizable survey of 1,328 qualified mental health practitioners.Alarmingly, 17% had reported ‘’having assisted at least one client/patient to reduce or change his or her homosexual or lesbian feelings.’’

It is therefore clear that CT is a dangerous and exploitative practice which is actively promoting homophobia in the UK by reinforcing a prejudiced and unjustified view of homosexuality. We must not underestimate the dangers posed by groups which continue to vilify gay people in this way. We need only consider the attempts last year by the Christian charity The Core Issues Trust to advertise their posters on London buses which read “Not Gay! Ex-Gay, Post-Gay and Proud. Get over it!” in response to Stonewall’s ongoing campaign to fight homophobia. Boris Johnson, as chairman of Transport for London, banned the adverts as “offensive to gays”. However, unlike Transport for London, there is no body with the powers to ban the practice of CT, leaving so-called “psychotherapists” to prey on the insecurities of gay clients who seek their help, when what they really need is emotional support and acceptance.

Rather worryingly then was that coalition government scrapped plans to regulate counselling and psychotherapists when they came to power in 2010. However, Labour MP Geraint Davies set in motion the Counsellors and Psychotherapists (Regulation) Bill 2013-14 which if passed would regulate such treatment. It will soon be voted on at its second reading stage in the House of Commons. We call on Parliament to do the right thing and legislate against this homophobic and harmful practice.

It is not individual’s sexual orientation that we must cure but social attitudes which continue to view gay people as less human than the rest of us. If Parliament fails to pass this Bill, their omission will send a chilling message that the state condones the psychological harming of many gay and lesbian people. In the end, taxpayer’s money should not be financing services which harm some of the most vulnerable in society; there are more important issues out there!

Ali Khan is a student in law at the School of Law, University of Sussex and research assistant at the INHS.