By Dr David Brax, post-doc at the Centre for European Research, and the Department of Philosophy, Linguistics and Theory of Science, Gothenburg University. Dr Brax is a member of the advisory board for the INHS, and an associate editor of the book series “The Psychology of Hate Crime as Domestic Terrorism (Preager 2016). His most recent publication is “Motives, Reasons, and Responsibility in Hate/Bias Publication” 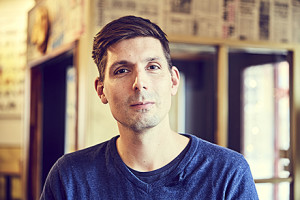 During 2016, dramatic spikes in hate crimes have been reported from the UK and the US. Similar spikes have earlier primarily been associated with terrorist attacks, after which islamophobic hate crime tend to increase, and, according to some NGOs conflicts in which the state of Israel are involved, after which an increased risk for antisemitic actions has been observed. Why is this so? A spike in hate crime against muslims after an islamist terrorist attack (See Kaplan 2006) may perhaps be explained by a misdirected “defensive” or “retributive” reaction, as a the urge to somehow “strike back” at the perceived threat. But why would it follow as a result of what could be described as a “win” for the xenophobe, such as the British EU-referendum, and the election of Donald Trump as president of the United States? Can we give a unified account of “spikes” in recorded hate crimes after the election of Trump and the election of Barack Obama in 2008?

Most official statistics are based on police reports (victimisation surveys are an important corollary, but rarely systematically collected within the narrow time frame). There are distorting factors which make it the case that police reports are unlikely to closely mirror actual victimisations. Thus when there is a rise in hate crime reporting, this is frequently interpreted as a good thing, caused by a rise in the willingness to report. At least given that there are additional reasons to believe that to be the cause of the increase. Quite often, there are contradictory reasons, i.e reasons to believe there is an actual increase (such as the rise of xenophobic populism) and to believe that there is an increase in willingness to report (campaigns such as True Vision, and TellMAMA).

But what to make of the numbers in cases of spikes in hate crime reports? This is more regularly taken as evidence of actual increases, and to be explained as a reaction to current events, and it is unlikely to be the result of a sudden increase in willingness to report (although some conspiracy theorists may disagree, especially after rumors of false reports). While it is not clear whether all cases that was recently reported by SPLC will end up in the official FBI statistics for 2016 (set to be released in about a year from now), there is little doubt that we are currently experiencing such a “spike”.

So what explanations can we offer for these seemingly contradictory conditions under which spikes occur? Can we offer anything beyond mere post hoc rationalisations?

There are a couple factors that are relevant to hate crime offending (See Walters et al, 2016). According to what we can call the threat model, hate criminals reacts to something perceived as a social, physical or moral threat, a threat to their physical well being, relative social standing etc. An Islamist terrorist attack in a western country can thus function as a trigger of hate crimes by being evidence of the risk inherent to the Muslim community. Targeting Muslims is thus “justified” in terms of self defense or in terms of retribution, especially if the the perpetrator distrusts the authorities willingness to act in order to defend citizens belonging to the majority culture.

According to the oppression model, hate crime is more of an everyday, ordinary activity, entrenched in prevailing power structures. According to this model, hate crimes express views and values that are prevalent in society as a whole, and finds justification in this fact. This model can account for why it is primarily the already disadvantaged that are particularly targeted by hate crimes. This model can account for why hate crimes would rise when there is evidence of such justification from the previously “silent majority” (such as an election win for the more xenophobic party). A spike in hate crime following the recent elections may then be explained as potential perpetrators being “emboldened” to act on evidently prevalent attitudes.

There is a tension between these two accounts, however, which needs to be resolved. Given that the “threat” model says that perpetrators offend when they perceive themselves to be forced to do so due to the lack of action from authorities, would they then not be appeased by an election win for an option that promises to limit immigration and take a harder line against immigrants?

In order to combine these views into a unified account capable of explaining both types of spikes, we have to factor in that the “wins” in these latter cases, arguably, are wins for the description of foreigners/Muslims/refugees etc in terms of physical and moral threats/costs. It should also be recognized that beside these individual explanations, which as required to account for individual cases, we must ad considerations of inter- and intragroup dynamics. Offenders are likely to be triggered, not only by external events, but also but the perception of the support of others, in particular other offenders. Offenders are “inspired” by other offenders, who confirm their position and, importantly, brake the moratorium on violence. This is when a group becomes aware of itself and its “strength”. Individuals may be embolden by this impression that the thought that “something has to be done” is widely shared, which may in turn result in a series of attacks that need not be particularly coordinated, yet exhibit a certain pattern and an (actual) threat to the targeted communities.

Given that the above provides some insight into why hate crime spikes occur, can it be used in order to prevent or limit their impact? It is quite clear that those responsible for terrorist attacks are not interested in preventing hate crimes from occurring. Indeed, it may be part of central plot. Dylan Roof, for instance, famously intended to start a “race war”. But the generosity principle should incline us to doubt that the promoters of Brexit or of the republican nominee welcome the spikes in hate crime (even though they have done preciously little to respond to it). So is there anything they can do? Even if xenophobia was part of the political platform, is there anything the “winners” can do to prevent their followers from acting out in this way? Ideally, this would happen by condemning these crimes, insisting that they are anathema to their political ideals and goals, and to downplay the description of marginalized groups as costs and threats. Because promising to build walls and keeping foreigners out, even if this would seem to limit the “threat”, would still reinforce the perception of these groups as threats, contributing to the process that makes some people commit hate crimes.

One comment on “What Causes Spikes in Hate Crime Reporting?”