Challenging hatred towards Gypsies, Travellers and Roma: A missed opportunity

Challenging hatred towards Gypsies, Travellers and Roma: A missed opportunity 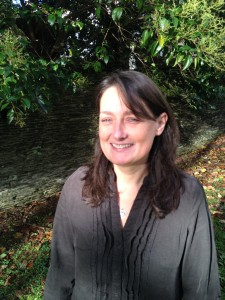 In recent weeks in the UK, the ex-Home Secretary and current Member of Parliament, David Blunkett, has voiced his concerns regarding the integration of Roma communities in to his constituency in northern England. He has even insinuated that riots may ensue due to the community tensions that he suggests have been enflamed by the failure of Roma ‘to adhere to our standards, and to our way of behaving’ (BBC, 2013), which he relates specifically to Roma communities failure to deal with their rubbish appropriately and their tendency to commune on the streets to socialise. Subsequently a raft of stories have emerged in the news media, on social networks, blogs and discussion lists that denigrate Roma communities as dirty, noisy and work-shy. Added to this has come a moral panic regarding the opening of EU borders to Romanian (and Bulgarian) citizens, who are commonly misunderstood to be Roma people, that has resulted in the British Prime Minister announcing welfare limitations for new migrants to the UK. And so, Roma people find themselves as subject to public fears and criticisms that are legitimised by political rhetoric that augments community tensions, rather than resolves them. Roma are placed in a hateful position, wherein the likelihood of crimes being committed against them on the basis of bigotry increases and their trust in the system to protect them diminishes.

This is familiar territory for those of us who have spent many years researching the prejudice experienced by Gypsies, Travellers and Roma in Europe (James, 2014). The stigmatisation of these communities has occurred for centuries throughout Europe and is generally understood as due to the failure of sedentary society to accept and live alongside nomadic communities. The identity of Gypsies, Travellers and Roma has remained bound to their traditional nomadism despite the fact that it has become increasingly difficult for communities to travel, often because their ability to do so has been limited by state policies of integration and excessive policing of their movement (James, 2013).

Despite the plethora of television programmes recently that claim to inform the public about Gypsies, Travellers and Roma lives, they have simply functioned to perpetuate existent stereotypes, particularly by exotifying aspects of Gypsy, Traveller and Roma cultures. Again, the distance between ‘them’ and ‘us’ is exacerbated by these programmes which suggest that their cultural goals are exceptional. To return to David Blunkett’s critique of Roma communities for congregating in their streets to talk and socialise, it seems particularly odd that in these times when the British middle classes rue the loss of ‘neighbourliness’ and ‘community’ they concomitantly question Roma communities who are simply partaking in community living, sharing their lives in a public and transparent fashion. Indeed, the ties of family are another unifying cultural signifier of Gypsy, Traveller and Roma communities that Britons lament the loss of in their own communities. Perhaps then, David Blunkett should have highlighted the similarities between the communities in his constituency and challenged local services to resolve waste management problems. He could have taken this opportunity to inform the public about the Roma community from a positive perspective, instead of calling for their assimilation. He could have gone some way to fill the void of public knowledge about Gypsies, Travellers and Roma and in doing so could have reduced public fears, built community ties and challenged bigotry and prejudice.

Gypsies, Travellers and Roma are the largest minority in Europe, but they experience a disproportionately high number of hate crimes as well as prejudice and discrimination from local, regional, national and supra-national bodies, agencies and organisations that is increasingly referred to as ‘anti-Gypsyism’ or ‘Romaphobia’. The EU Framework for National Roma Integration Strategies up to 2020 has begun the process of monitoring hate towards Gypsies, Travellers and Roma throughout Europe and lobbies for change from the top of states down, as do minority rights organisations from the bottom of states up. However, it is within states that change is slow to take place and it is in the power of politicians, such as David Blunkett to shift the discourse surrounding Gypsies, Travellers and Roma to an informed discussion that will have a positive impact that challenges hate, rather than augments it.

James, Z. (2013) Offenders or Victims?: An exploration of Gypsies and Travellers as a policing paradox. In: Phillips, C. and Webster, C. (eds) New Directions in Race, Ethnicity and Crime. Abingdon: Routledge.

2 comments on “Challenging hatred towards Gypsies, Travellers and Roma: A missed opportunity”