How much do we really know about disability hate crime?

How much do we really know about disability hate crime?

This is a guest-post by Paul Dodenhoff. Paul is a former PhD student researching the motivation behind disability hate. He is a campaigner on a range of equality issues, as well as being a part-time writer/blogger for Disabled-World – writing about disability hate crime, discrimination and welfare reform. 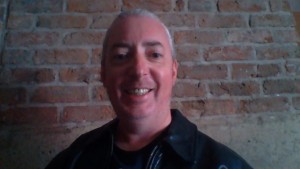 Firstly, disability hate crime is a unique and highly complex area. Unlike other forms of ‘hate’ crime, disability hate crimes are not perpetrated predominately by absolute strangers but by people who are often known to the victim in some way (Mason 2005). Another unique feature of disability hate crime is that victims may become targeted primarily for exploitative relationships and friendships, a phenomena labelled as ‘mate crime’ by Pam Thomas (2013). And that’s about it, unless we want to throw in that highly misleading old chestnut – ‘vulnerability’.

One of the most intriguing things about disability hate crime within the UK is that it is primarily committed by males, something that is hardly ever discussed. That is not to dismiss female perpetrators of disability hate crime as a mere anomaly. However, researchers such as Messerschmidt (1993) suggest that masculinity is actually a very important construct for understanding crime and violence in general, particularly considering the masculine traits of toughness, dominance and a willingness to resort to violence. Another intriguing feature is that victims are made up of two distinct social groups, those primarily with a physical impairment and those with an intellectual/mental impairment. Often this distinction is conflated, despite differing patterns of perpetrator behaviour and differing patterns of gender behaviour. Another intriguing feature of disability hate crime is that it is often treated separately from discrimination. However, hate crime and discrimination may simply be two sides of the same coin, driven by similar underlying biases and prejudices.

Can we really separate discrimination and hate crime?

The lives of British disabled people have arguably taken a backward step within recent times. With the introduction of the Labour Government’s Work Capability Assessment (WCA) in 2008, a humiliating test that some disabled people argue is simply an ideological attempt to redefine what disability is and what it is not. In March this year, a damning House of Lords Select Committee report concluded that the current British Government has failed in its duty of care towards disabled people, particularly over employment discrimination. In June, the UN’s long awaited investigation into the human rights abuses of Britain’s disabled concluded that the UK’s government’s ‘austerity’ policies had indeed breached its international human rights obligations. And in July, The Equality and Human Rights Commission (EHRC) launched a blistering attack on British attitudes, prejudices and practices towards disability, arguing that thousands of disabled people are being treated like ‘second class citizens’ within their own country.

But disabled people are also actively discriminated under British law, where abuse, harassment, hate speech and violence is treated quite differently and arguably less seriously than Race and Religion. Historically, disabled people within the UK have always faced some level of discrimination, marginalisation and hostility because of their perceived impairment, and from the inception of Britain’s ‘poor laws’ in the early 1600’s, people needing financial assistance on the basis of their disability have always faced a certain amount of suspicion that their disabilities were faked. However, what is different today is the level of media interest in the faking of disability that has generally dominated the news following the global financial crisis of 2008. Research released in 2011 by the Glasgow Media Group suggested that there had indeed been a ‘politicisation’ of media coverage concerning disability during 2010-11 (compared to 2004-5) together with an increase in negative stories about welfare benefit fraud. So, in an social environment where disabled people are treated like ‘second class citizens’ and often viewed with suspicion, acts of abuse, harassment and violence may not simply be senseless acts committed by deviant individuals, but ‘normative’ behaviours acted out in a social world where the domination and oppression of disability is considered to be the ‘norm’.

Similarly, after analysing a large number of cases of disability hate crime, I also see an element of thrill seeking behaviour, where victims are targeted simply for a ‘laugh’. However, others seem to be ‘defending’ their community from those who have traditionally been institutionalised and segregated from society. And in cases that involve accusations of laziness or faking disability, they may simply be examples of ‘retaliatory’ behaviour committed by people who may actually believe the media and political hype surrounding disability benefit fraud. While I haven’t personally come across incidents where British offenders seem to be on a ‘mission’ to get rid of disabled people, the shocking murder of 19 residents of a facility for people with disabilities in Sagamihara, Japan earlier this year, would certainly qualify as a ‘mission offence’. A murder in which the suspected perpetrator Satoshi Uematsu, was reported as saying that the purpose of the crime was to indeed ‘eliminate disabled people from the world’.

Arguably, more is going on within disability hate crime than simply ‘having a laugh’. Looking back at interviews and transcripts of incidents, particularly concerning those with a mental impairment, I can often pick out a clear pattern of ‘exploitation’, where the victim is being taken advantage of in some way. Secondly, I may pick out a pattern of domination, where abuse, harassment and violence is initiated primarily by an ‘accusation’ of some sort. Laziness or faking disability being just two examples, and a form of scapegoating that may reveal our general discomfort with disability (Quarmby 2011). Thirdly, I may pick out an attempt to ‘incarcerate’ disability, either briefly by blocking someone from going about their business, or by stopping disabled people from leaving their own home. But that’s not to say that perpetrators are not also getting a cheap ‘thrill’ out of their actions, using disabled people as mere cannon fodder for cruel ‘entertainment’. While the picture is not exactly straightforward in terms of gender behaviour, in my research experience, males are far more likely to indulge in thrill seeking, retaliatory behaviour and violence than females, and females far more likely to indulge in exploitative behaviour than males, particularly when money is involved.

Arguably, the themes of exploitation, accusation, incarceration and entertainment not only mirror historical patterns of domination, marginalisation and oppression of disability, but effectively mimic the institutionalisation of disability, the control and medical scrutiny of science, the exploitative entertainment of the Victorian ‘freak-shows’, and the scapegoating of disabled people for all sorts of immoral and deviant behaviour. A modern day display of deep-rooted bias and prejudice that has been around for many hundreds of years.

Journal of Social Issues, 58(2), pp. 303–17. Reprinted by permission of the Society for the Psychological Social Issues.