Is Racism on the Rise in Britain?

Is Racism on the Rise in Britain?

On 26th February 2015 by Mark Walters in hate crime, Racism 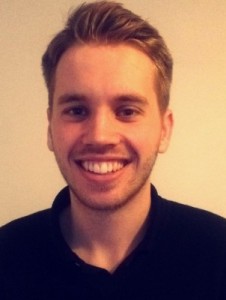 By George Brockman, University of Sussex

In an incident that evokes memories of the rampant racism in football in the 1970s and 1980s, Chelsea fans at an away game in Paris have recently been filmed refusing to allow a black man on to the Metro and singing racist chants. The subsequent outcry has once again brought racial prejudice to the front pages, prompting an investigation by the club and comments by Prime Minister David Cameron. This uproar raises hope that these are perhaps the last vestiges of racism in British society, and many Britons pride themselves on the nation’s global reputation as a progressive, multicultural society. A 2013 poll by Lord Ashcroft found that 70% of British citizens were in favour of their country’s multiculturalism, a far cry from what would have been expected for much of the 20th Century. Various influxes of immigration throughout the 1900s were met with protests, clashes and a proliferation of racist and nationalist sentiment, illustrated most famously by Enoch Powell’s ‘Rivers of Blood’ speech in 1968. Ashcroft’s poll suggests that progress has been made, but those hailing Britain’s victory over racism may be disappointed, with 2014’s British Social Attitudes survey suggesting a worrying recent trend.

In May 2014, the British Social Attitudes (BSA) survey made headlines across the country, for all the wrong reasons. After a number of years of decreasing levels of prejudice, the percentage of people describing themselves as having some degree of racial prejudice has risen overall since 2001. From an all-time low of 25% in 2001, levels of racial prejudice have since risen to 30% in 2013, just a few percentage points shy of the figures of the 1980s, when the survey was first taken.The New Statesman, however, claims that assertions that racism is on the rise are ‘misleading‘. Using the five-year averages from the survey, they point out that self-identifying prejudice has decreased overall since the 1980s, and is on the way down again since 2009. It is true that the long-term averages are more promising than the yearly averages reported in the Guardian, but do they really offer that much comfort? According to the five-year average, prejudice has fallen by just 5% since its high of 36% in 1987. Are we not supposed to have made more progress than that? Are we not a more proudly multicultural society than we were almost 30 years ago? A 5% decrease is not as impressive as we could have hoped. The 2014 BSA survey suggests a recent rise in racism at worst, and a worrying lack of progress at best.

Hate crime statistics also provide insight in the context of this discussion. According to the Civitas think tank, recorded racially or religiously motivated hate crimes decreased from a high of 42,554 in 2006/07 to 31,486 in 2010/11. A huge decrease and a sure sign of progress, but more recent figures are much less encouraging. London police reported a sharp rise in racial and religious hate crime over the year from October 2013, with a particularly striking 65% increase in hate crime against Muslims. This trend of increasing numbers of Islamophobic hate crimes was mirrored across the whole of the UK in the year 2013. This looks at first glance like a clear indication that not only racist attitudes, but criminal manifestations of such attitudes are on the rise.

However, hate crime statistics are not the most reliable source when looking at trends in levels of prejudice, as it is almost impossible to tell for certain whether an increase in recorded hate crimes is due to more incidents or higher levels of reporting. The correlation between specific events and greater levels of certain types of hate crime could suggest a causal link, though. For example, the rise in Islamophobic crimes after the murder of Lee Rigby, and the rise in anti-Semitic attacks after Israel’s Operation Protective Edge in Gaza, can probably be attributed to subsequent increases in hostility towards these victim groups, rather than to a greater willingness to report such incidents. In the short term at least, it is possible to conclude that headline-making events at home and abroad lead to temporal spikes in racial hostility.

What is driving recent trends? There are two groups in particular that are vilified and victimised perhaps more than any other. The Guardian suggests that an increase in hostility to immigrants and higher levels of Islamophobia since 9/11 may be ‘setting community relations back 20 years‘. Dr Irene Zempi of Leicester University indicates that since 9/11, Muslim men have emerged as the new ‘folk devils of popular and media imagination’, with a dramatic increase in violent attacks against them.Another academic of hate studies, Jon Garland, notes that the far-right English Defence League were ‘revitalised‘ by the horrific murder of Lee Rigby in early 2013. Anti-Muslim groups such as the EDL and Britain First have capitalised on recent Islamist attacks to gain greater support, symptomatic of heightened racial hostility in the UK. Furthermore, despite statistics suggesting that immigration is beneficial to the country, UKIP has attracted an incredible amount of support over the last few years through almost Powell-esque anti-immigration rhetoric. Scaremongering by politicians and the media on the subject of immigration has undoubtedly led to increased xenophobia. The statistics also seem to show that the economic crisis may be linked to an increase in racism – one of the highest figures from the survey was in 2008, the year the global financial crisis struck. This is supported by social scientific evidence that people often become more prejudiced during a recession. In particular, people may be more easily influenced by scaremongering about the supposed negative effects of immigration on the economy. Also, Israel’s actions in Gaza appear to have fuelled a recent increase in anti-Semitism – reports show that anti-Semitic hate crime was 400% higher last July than in July 2013. Anti-Semitism seems to be on the rise once more as international condemnation is directed at Israel.

The evidence suggests that racism is indeed on the rise in the UK. Racial prejudice is certainly lower than it was when the Race Relations Act was passed in 1965. However, the 2000s have seen an increase in racist attitudes, and the last couple of years have seen an increase in racial and religious hate crimes. Furthermore, the current proliferation of far-right groups harks back to the dark days of the BNP and National Front in the 1970s and 1980s. Although today’s groups are more mainstream, their racist attitudes cannot be denied.

2 comments on “Is Racism on the Rise in Britain?”